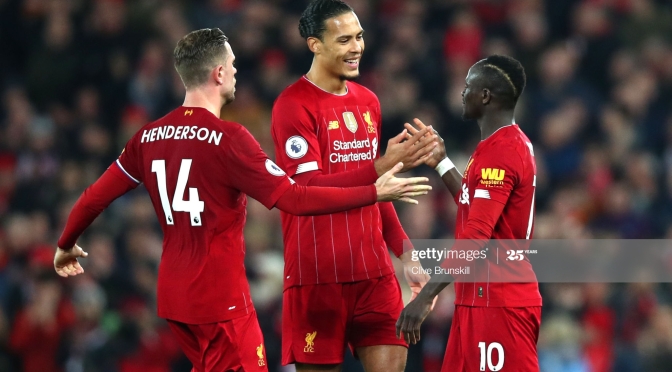 A crazy Premier League season is drawing to a close and many questions we had are beginning to be answered.

Liverpool have officially been crowned Champions for the first time in 30 years, while Norwich and Aston Villa look certain for the drop having not won a single game between them since the resumption of the competition. Top 4 is still up in the air as are the Europa League places. One thing that seems to still be debated among fans, pundits and players is who is the player of the season?

With Liverpool on course for a record breaking season, a number of their players have been named as potential winners. Captain Jordan Henderson, winger Sadio Mane and young defender Trent Alexander-Arnold are all among the candidates after stellar campaigns and media pushes.

Another name that comes to the fore but isn’t from Anfield is Kevin De Bruyne. The Belgian is on course to break Thierry Henry’s assist record and has been the standout performer in an underperforming Man City side.

January signing Bruno Fernandes has turned Manchester United’s season on it’s head since joining from Sporting CP, with no player being involved in more goals (goals or assists) than him since his arrival. While he’s only been here for half the season, it’s hard to argue that anyone has had a greater impact.

Jamie Vardy is the current golden boot leader so could be in with a shout as Leicester currently sit in the Champions League places, while Virgil Van Dijk’s performances have once again seen Liverpool record the best defensive record in the league this season.

So who’s the deserving winner?

For me, it has to be Sadio Mane. The Senegalese winger has scored 16 league goals this season and provided 7 assists for Liverpool en route to their title. But it’s more than that. His influence on games has been immeasurable with stats. If you talk to Liverpool fans, it’s always Mane that they mention as their biggest threat.

His ability to beat players one on one, to go in either direction with either foot, his first touch, his final ball, his finishing are all of the absolute highest level. Not only that, but the goals he scores are crucial.

According to Sky Sports, Sadio Mane’s goals have been worth a staggering 21 points this season – more than anyone else in the league. Liverpool’s lead at the top of the table as of right now is 23 points, which shows just how dominant they’ve been but just how important Mane is to them.

After winning the golden boot along with Mo Salah and Pierre-Emerick Aubameyang last season, his fine form has continued this year. Rumours of potential interest from Spanish giants Real Madrid and Barcelona are far from surprising, but he seems incredibly happy at Anfield.

Despite De Bruyne’s potential record, Vardy’s potential golden boot, Henderson’s captaincy and Trent’s assists, Mane has been the main man this season for the most dominant team in recent memory. He should be the man to take home the individual awards to go with his shiny, new Premier League winners medal.

3 thoughts on “Who Should Be Premier League Player of the Year?”