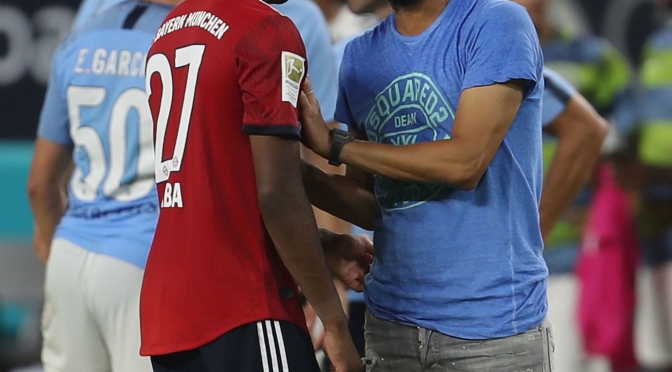 Manchester City’s summer has essentially begun already, despite the season not quite being done with yet.

The Cityzens confirmed their second placed finish in the Premier League with a 5-0 win over Brighton and then had their participation in the Champions League confirmed as CAS upheld their appeal against UEFA sanctions and overturned their two year ban from European competition.

Reports now suggest that Pep Guardiola will be given a transfer budget of £150million to rebuild his squad and challenge Liverpool to reclaim their Premier League title.

According to reports Guardiola wants five players this summer, including a centre-back, left-back and a striker. David Alaba and Kalidou Koulibaly are the prime defensive targets but surely would take a large chunk of the budget if moves were successful.

In attack, City have already lost Leroy Sane to Bayern Munich. I said recently that the club should look to replace him with young wingers such as Calvin Stengs and I stand by that with this news. He wouldn’t be too expensive, wouldn’t expect to walk into the first eleven but would add some of the qualities that the club are now missing since the German international’s departure.

In midfield, David Silva will leave the club after 10 years when this season ends. With Phil Foden seemingly being trusted more by Pep at the back end of this campaign, it seems likely that he will step into that role. The club will still likely look to bring in another midfielder though, and an option surely near the top of their list will be Fabian Ruiz. The Napoli playmaker has been superb and was been linked to Guardiola’s side last season although a move never materialised. His passing ability would make him a great like-for-like swap for Silva although if Koulibaly is a target, it’s unlikely Napoli will want to part with him too.

Another option that has been mentioned is Houssem Aouar. After the French season was cancelled, it left Lyon out of the Champions League places meaning they may need to sell some of their top players to raise funds. Along with Moussa Dembele and Memphis Depay, Aouar is right up there. A fee of around £30million is likely to be enough and the 22 year old’s skillset would be a welcome addition to City’s ageing midfield.

Defensively, Guardiola’s side have already been linked to Nathan Ake. The ex-Chelsea defender is highly likely to leave Bournemouth this summer, whether the club are relegated or not and it was previously reported that he is a player that Pep likes. As said when I wrote about the potential deal here, Ake may be better as a back-up option at the club with the future of John Stones up in the air.

A summer window of Alaba or Koulibaly alongside Aouar, Ake and Stengs would see City strengthen massively a squad that is already capable of winning all the major honours they compete for. Players will surely leave this summer but if Guardiola gets in the players he wants, they will once again be in the conversation for silverware come the end of the 2020/21 season.

One thought on “How Should Manchester City Spend Their £150m Summer Transfer Budget?”