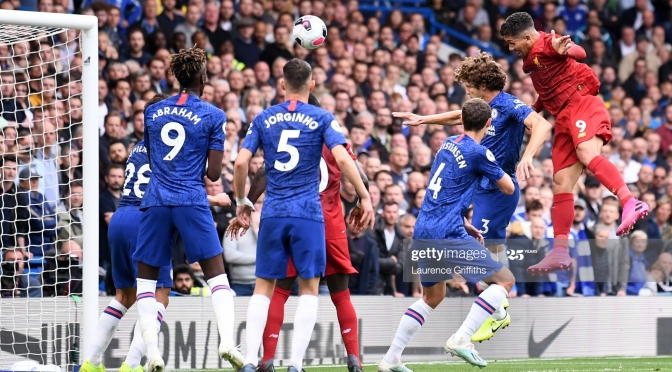 As Liverpool prepare to lift the Premier League title for the first time, many will be forgiven for forgetting they have a big game at Anfield first.

They will welcome Chelsea to their home, where the Blues need three points to secure Champions League football for next season. Fresh off a big win at Wembley against Manchester United in the FA Cup semi-finals, Lampard will be looking to carry that momentum through the final two games of the league campaign whilst Jurgen Klopp will be looking to start the party with a victory on the night.

Captain Jordan Henderson is ruled out for the remainder of the season with a thigh injury picked up against Brighton while Chelsea will be hoping to welcome Christian Pulisic back into the side after he missed the weekend win over Manchester United with a slight knock.

Lampard went with a 3-4-3 formation at Wembley but will likely look to match Liverpool’s 4-3-3 in this game. In their previous three meetings this season, Chelsea have played well but the cutting edge up front was missing. In the FA Cup though they managed to fix that and come away with a win before lockdown. He will be looking for a performance that matches that energy this week so that they can wrap up Champions League football before the final day.

Klopp has said he won’t accept less than 100% from his side but since winning the title, they have won just twice and seen their perfect run at Anfield come to an end thanks to Burnley. He will be expecting his Reds team to press high with energy and get a goal or two in the first half and quickly so that they can continue their party after the game when they lift the trophy.

Overall though, the momentum is with Chelsea. They need the result and while Liverpool never want to lose, especially at Anfield, it does nothing for them other than slightly dampen the mood pre-party time. They have already missed out on the points record and the title is theirs so getting them motivated at the moment is a task in itself.

While I don’t think Chelsea are quite strong enough to beat Liverpool at Anfield just now, they will be more than good enough to take points off the champions and move that bit closer to securing Top 4 on the final day.