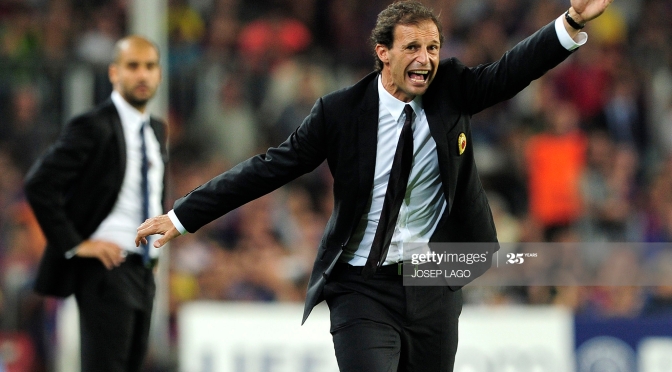 Europe’s best managers are on red alert after it emerged that Max Allegri is ready to return to management ASAP and he wants a top job.

The former Milan and Juventus manager has been out of a job since resigning from his position at Juventus in 2019, after winning a fifth straight Serie A title but crashing out of the Champions League at the quarter-final stage.

During his time at Juve, as well as winning Serie A five times he also won the Coppa Italia four times and reached the Champions League final twice, losing both times to Real Madrid and Barcelona respectively.

After taking a year out of the game to recharge his batteries, Allegri has come back to a football world where top clubs all have a manager but may not be as secure as they seem.

PSG manager Thomas Tuchel is reportedly under pressure having failed to deliver the Champions League trophy once again despite making the final, while Europa League runners-up Inter Milan are also considering parting ways with Antonio Conte after a fallout with the former Chelsea boss wanting more backing from the board.

In England, Ole Gunnar Solskjær is secure at the moment at Old Trafford but the club will know that if Allegri is available he is a manager with pedigree and reputation that could take over easily if things went downhill. Pep Guardiola is expected to leave at the end of his contract next summer so it’s possible City could move quickly to secure Allegri early, much like they did when Guardiola agreed to take over back in 2015. Frank Lampard is also secure at Chelsea but with the club spending in excess of £200million this summer to boost his squad, under-performance won’t be tolerated and he will be walking a tight-rope all year.

Zinedine Zidane’s job is secure for as long as he wants it to be, with the legendary Frenchman building up enough equity during his time there that they will stick with him but at Barcelona they’ve just brought in Ronald Koeman to replace Quique Setien. Setien himself was only brought in in January, following the dismissal of Ernesto Valverde. That in itself proves that Barcelona aren’t afraid to pull the trigger if necessary and while Allegri doesn’t fit their usual style, he would surely be an option if the role opened up again.

While he is still waiting in the wings as of this writing, with Inter and PSG both likely to become vacant in the near future it’s almost time for the return of Max Allegri to Europe’s elite.