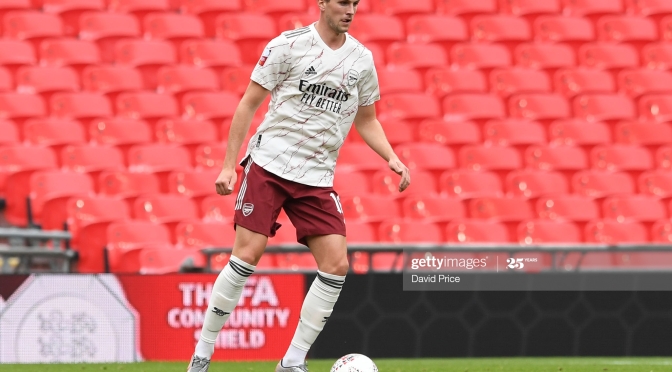 Newcastle United have made their move to bolster their defence by making a move for Arsenal defender Rob Holding.

Holding featured for Arsenal in the Community Shield on Saturday evening as they beat Premier League champions Liverpool 5-4 on penalties following a 1-1 draw after 90 minutes. Holding impressed alongside David Luiz as Arsenal dominated for large parts of the game until visibly tiring out in the final 20 minutes.

Despite starting and playing the full game, Holding is likely to leave on loan after the signings of Pablo Mari and Gabriel Magalhaes as well as the return from loan of William Saliba.

That’s where Steve Bruce and Newcastle come in, as the Tyneside team look to bolster their defensive options ahead of the upcoming season. With Jamal Lascelles, Ciaran Clark, Federico Fernandez and Fabian Schar already on the books, former Premier League winner Bruce wants to add extra Premier League experience to the side.

Holding has been at Arsenal since 2016 and been a part of two of the club’s FA Cup wins, featuring in both finals. Despite a string of good performances for the Gunners though, Holding has never been called up to the England senior team and has failed to fully convince manager Mikel Arteta that he is good enough.

At Newcastle, he would be able to play as much football as a first-team regular but without the pressures of playing for Arsenal. He would be able to learn the trade and likely defend more than he’s needed to while playing at The Emirates simply due to their styles and quality of player in the squad.

At 24 years old though, Holding isn’t a youngster anymore. He’s at a point in his career where he should be pushing on and be a regular somewhere, which could be exactly why he’s open to this move. It’s likely he has been told by Arteta that he won’t be counted on as regularly in the new season and has made the decision to get regular football a priority.

His season at Newcastle now will have a big say on how his future goes. If he develops well and impresses, it’s likely Arteta could bring him back into the fold next season when David Luiz’s contract ends. If he struggles, he’ll likely be let go and Arsenal will look to strengthen in the transfer window once again.