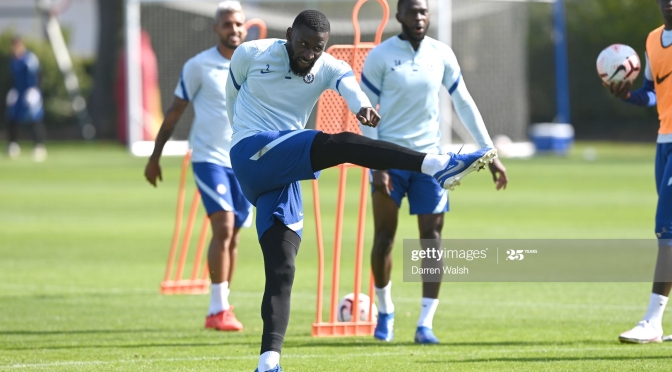 Chelsea are known for being one of the more ruthless clubs in Europe when it comes to parting ways with managers or selling players.

This summer, they have backed their man Frank Lampard with £250million worth of talent including two German internationals in Timo Werner and Kai Havertz. Both men credited the influence of their international teammate Antonio Rudiger in their decision to wear blue going forward.

But once those deals were completed, Frank Lampard has now made the decision that Rudiger is surplus to requirements at the club and he could be allowed to leave the club before Monday’s deadline. He has been left out of five consecutive match-day squads and hasn’t featured for yet in the current campaign.

Lampard seems to prefer the four options of Thiago Silva, Kurt Zouma, Fikayo Tomori and Andreas Christensen over the 27 year old former Roma man, but that didn’t stop him using his influence to land his targets. Many will say “that’s business”, and that’s fair, but it’s also the darker side of football.

If Antonio Rudiger, who has two years left on his contract at Stamford Bridge, had upped and decided he wanted to leave and kicked up a fuss he’d be ridiculed by media and labelled a traitor of sorts. However because it’s Chelsea who want to get rid of him, nobody bats an eyelid.

I find it interesting. When a player wants to make a move to better themselves or further their career, they’re almost always labelled with a “money-grabber” label and are told to honour their contract. Why doesn’t it work for clubs too?

They were happy to use his influence in the transfer market to bring in his two mates but now they want to cast him aside. How do you think both Werner and Havertz feel about the situation? The likelihood is they were helped to make their decision by the fact they’d have a friend there to help them settle in and play alongside. Now he’s likely to leave at the earliest opportunity.

I get that Chelsea shouldn’t keep him around if he’s not a part of their plans and he should be allowed to make the move elsewhere, but it just seems shady with the way the whole summer has gone. Many fans will ignore it and see it as just another step of backing the manager, but it’s too easily forgotten that Rudiger is a human being with a family and a life too.

Chelsea have got what they want and will likely let Rudiger leave before the window closes, but it will be on their terms to a club of their choosing. Rudiger has helped boost Chelsea’s future hugely this summer and now has zero control over his own.

rhian brewster to sheffield united – sale of the summer?

One thought on “Antonio Rudiger: Chelsea Show Ruthless Side Of Football”