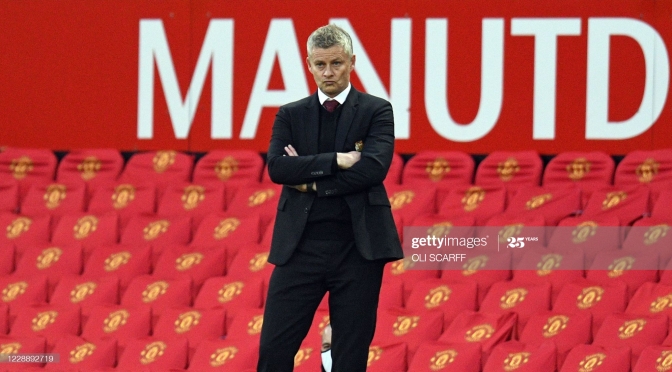 18 months later and we still don’t have a clear and obvious answer that makes sense. How is Ole Gunnar Solskjær the permanent manager of Manchester United Football Club?

When Jose Mourinho was sacked in December 2018, there were no obvious appointments to be made to replace him. The club brought in a club legend in Solskjær to bring back some good vibes to the club and someone who was part of the glory days under Sir Alex and could bring back a similar style.

People seem to forget though that while United weren’t in the race for the Top 4 when Solskjær arrived, they got themselves into the race with a run of results. It was then under Solskjær that they had the Top 4 position in their hands and fluffed it. The result against PSG, while amazing and an iconic moment, means little when you remember that United got battered in the next round by Barcelona.

At the end of the season, with how everything went Manchester United would have been able to part ways with Solskjær in the summer without coming across as the bad guy. They could have brought in a proper manager who is ready for the level that they want to be at, with Maurcio Pochettino an obvious target. Instead, he was then tied to the club for another 3 seasons.

Now, a full season on plus the start of this season and United are still struggling. Yes they’ve come 3rd last season but they don’t have an established pattern of play, they look poorly coached and they’re consistently out-played by lesser sides.

Not everything going wrong at the club right now is Solskjær’s fault and this is in no way and attack on him. His ideas are good and he says the right things. He just doesn’t have the ability to execute those ideas and thoughts at the highest level.

The board have let him down for the most part this season, despite the impending arrivals of Edinson Cavani and Alex Telles on deadline day. However, last summer he was given who he wanted largely. Aaron Wan-Bissaka was brought for a large amount and has struggled in the attacking phases of play while his form has dipped dramatically post-lockdown. Harry Maguire was bought for a world-record fee for a defender and has been largely poor, as I explained here back in July.

United are now in a position where they have a manager who is out of his depth, who they won’t back to help him do the best he possibly can, against opposition with better managers and better squads. They’ve hung a club legend out to dry and left his legacy in the gutter for many fans. As one person on Twitter stated, to a new generation of fans he is just a normal guy. They have no affiliation to him if they weren’t around in 1999.

If the club were in any way remotely serious, they would have hired Pochettino already. But they’re not serious. This club will struggle hugely this season and eventually we’ll see Solskjær sacked or resigning, before the club are linked with a new manager and then the squad is overhauled once again taking them back several steps after missing out on the Champions League yet again.

They had a great chance this summer to progress following last season, but with all the rival clubs around them strengthening significantly they’ve done nothing but go backwards.

3 thoughts on “How Is Ole Gunnar Solskjær Manchester United Manager?”