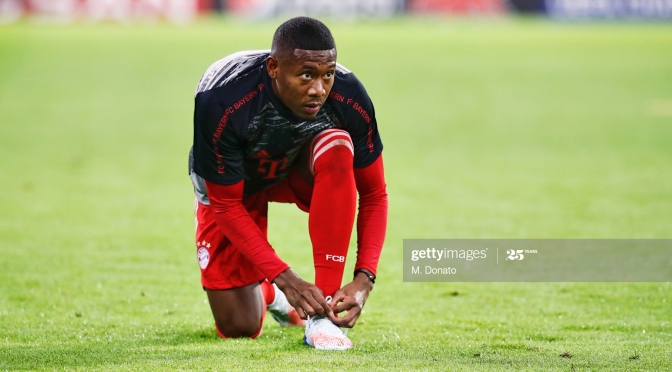 Bayern Munich have announced that contract talks with defender David Alaba have been called off following failure to find an agreement.

The Austrian international joined Bayern Munich aged 16 and completed his academy education with the Bundesliga side before graduating to their first team. Since being part of the senior side Alaba has been a key figure at left-back, centre midfield and centre back and has won nine Bundesliga titles, two Champions Leagues, six DFB Pokal Cups and a FIFA World Club Cup.

It was first revealed in the summer that Alaba and Bayern were having trouble agreeing on a new contract, with his current deal due to expire in the summer of 2021. It’s now been confirmed by the Bundesliga’s side board member Herbert Hainer that the contract offer has been taken off the table at this point.

BILD’s head of football Christian Falk chimed in, claiming that there is a three-way tussle for the player’s signature coming although his attentions are seemingly elsewhere.

With Juventus, they’re the kings of the free transfer market. Over the years they’ve been able to sign the likes of Andrea Pirlo, Paul Pogba, Kingsley Coman, Sami Khedira, Dani Alves, Aaron Ramsey and Adrian Rabiot at the end of their contracts. Alaba would be a tremendous improvement in their defence, with his experience and ball-playing ability fitting into their club immediately. Leonardo Bonucci and Giorgio Chiellini are both into their mid-30’s now and are likely on their way out of the club in the near future so Alaba would come in as an instant replacement.

PSG are another side where Alaba would make an immediate different, although probably not in central defence. With Marquinhos and Pascal Kimpembe solidifying their place in the middle, Alaba could be used at left-back more regularly. There is also the option of moving Marquinhos or Alaba into a holding midfield role permanently. They would definitely be able to match his apparent wage demands, as would Man City who would have a similar decision to make about where to play him in the side.

His wishes to join one of the Spanish giants are seemingly not going to come true this summer though. Barcelona are cash-strapped and would surely not be able pay his wages and signing-on fee, while Real Madrid are reportedly prioritising the signings of Kylian Mbappe and Eduardo Camavinga.

As Bayern look to continue their dominance in Europe, they will be hoping that talks with the Austria captain will be able to return to the table and get an agreement done. If not, there will be a big tussle for a player who walks into any side in Europe in several positions.