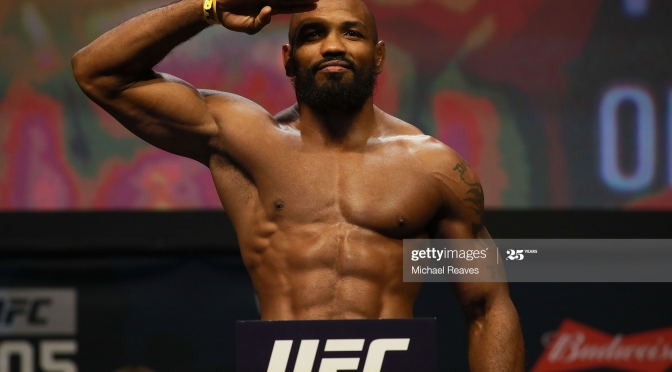 Dana White has revealed that the UFC are planning to make ‘serious cuts’ to their roster before the end of the year, after news broke that Yoel Romero is no longer with the company.

Romero, who has challenged for the middleweight title on four separate occasions but never won the belt, is 43 years old and has lost four of his last five fights – the last of which was a title fight against Israel Adesanya.

Regarded as one of the most dangerous middleweights of all-time, Romero had been with the UFC for seven years and amassed a record of 9-4 in the organisation and holds stoppage wins over fighters like former champions Chris Weidman, Luke Rockhold and Lyoto Machida.

As news of his release broke just prior to UFC Vegas 16, Dana White spoke after the event about the reasons why and confirmed it’s just part of a bigger plan for the company going into the new year. White said:

“You’re gonna see a lot of names going here in the next several weeks. We’re just literally starting to go through the list and, you know, he’s 44, has lost four of his last five, and these are the tough decisions you’ve got to make.”

There are just two more events left in the calendar for the UFC in 2020, so it’s possible that more releases will happen once those events have taken place.

It’s not a nice reality, but this is the fight game and there’s a reason why fighters, media and fans all get so annoyed when we see crazy judges scorecards or referee stoppages because these things can genuinely be the difference between someone being in the UFC or not.

The upcoming cull is a regular thing but 60 fighters is a large number, with Dana White’s Contender Series’ success and the COVID-19 pandemic short-notice signings certainly playing a part in the inflated roster.