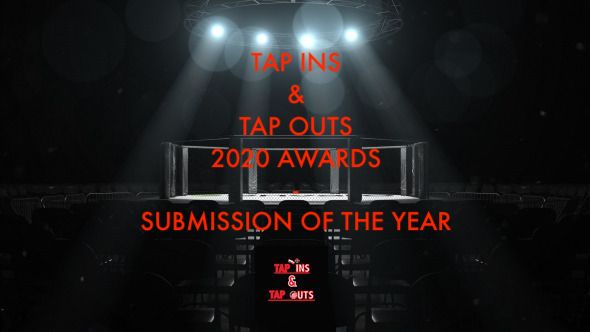 The UFC have finally completed their set of fights for the year of 2020 and what a crazy year it was.

456 fights total in a year that saw a global pandemic bring a close to all live sports for almost two months at least before Dana White and co. became the leaders of getting the show back on the road.

We’re going to rank our personal top five of the year, before handing out the award for each of the following categories:

SUBMISSION OF THE YEAR

The first title defence of the scariest flyweight in the world, Deiveson Figueiredo stepped into the cage with bad intentions. Many expected him to strike with the wrestle heavy Perez and use his grappling if needed and what happened was something a little different.

Both men traded blows in the centre before Figueiredo started to have the timing figured out and started walking him down. Perez went for a takedown, Figueiredo defended and then rolled through which led to a scramble. From there Figueiredo synched in a deep guillotine and refused to let go, even as Perez tried to get back to his feet to force the tap. That made it three finishes from three fights in 2020, before his UFC 256 bout, and it was a stunning submission.

When you hear the name Mackenzie Dern, the first thing that should come to mind is Brazilian jiu-jitsu. Of her ten professional wins, six of them are by submission and this was one of her best.

After a bit of a striking battle, Dern was able to throw Cifers down and land on top but a scramble saw Cifers able to get back on her feet. Dern stayed on her back and grabbed a leg and while Cifers looked to land a strike, she managed to hook in a leg-lock. She locked on, sealed the technique perfectly and secured a brilliant knee-bar submission. It was the first leg-lock submission in women’s UFC history too.

A UFC debut for the ages, as Jimmy ‘The Brick’ Flick made sure to be remembered going into 2021. In the first half of the first round, Flick was outmanoeuvred by Durden who used his superior wrestling to score an early takedown and land some decent strikes.

As Flick got back to his feet, Durden began showing his kickboxing skills and out-struck Flick in what looked like it was going to be a long night for the Contender Series graduate. Then Flick threw a head kick which connected but instead of bringing his leg back down, he threw up his other leg and locked in a triangle. He fell to his back, tightened it up and after a few adjustments got the tap. Beautifully done and a great way to ensure we all remember his name.

Arguably the most high profile fight of the year, ended with a new contender for the GOAT conversation as Khabib Nurmagomedov notched his third straight submission win in a title fight.

The Russian champion was expected to face his toughest challenge in the octagon against Justin Gaethje, but the opening round saw ‘The Eagle’ land plenty of strikes on the feet before getting the fight to the ground late in the first round. He couldn’t get the armbar in time but when the second round started he wasted no time whatsoever. He got the fight down early, wrapped his legs around the head of Gaethje and choked him unconscious with a triangle choke to retain the title and move to 29-0. Simply stunning.

Back in June the bantamweight title was vacant following the retirement of Henry Cejudo, and Aljamain Sterling had been overlooked for the title fight at UFC 251.

‘The Funkmaster’ felt like he had a point to prove against another contender in Cory Sandhagen, and boy did he make it. He came out immediately at the start of the round and pressured his opponent against the cage before engaging in a clinch. From there he took Sandhagen’s back, locked up a body triangle and took the fight to the ground. After about a minute of hand-fighting, Sterling managed to get the arm under the chin and squeezed until Sandhagen tapped, moments before he passed out. Sterling celebrated the win, and will see himself fight for that title early in 2021 if all goes to plan. Submission of the year.