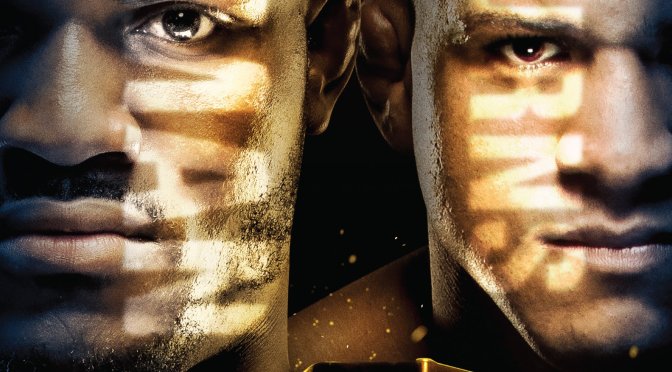 The first of six UFC title fights in the next six events takes place this weekend as Kamaru Usman finally defends his welterweight title against Gilbert Burns at UFC 258.

The two have seen the fight collapse twice before, having originally been scheduled to meet at UFC 251 before a positive COVID-19 test ruled Burns out, before injuries to Usman meant their December date didn’t come to fruition either.

In the co-main event, Maycee Barber makes a return to the flyweight division after a serious knee injury saw her miss over a year of action. She will take on Alexa Grasso with the two strikers looking to make a name for themselves inside the top ten.

We’ll look to improve that with this 12 fight card and with the prelims already predicted, lets get on the main card!

An interesting middleweight bout between Pitolo and the returning Marquez, who makes his first appearance in the octagon since July 2018.

Pitolo is 1-3 in the UFC, including losses in his last two against Darren Stewart and Impa Kasanganay, while Marquez lost a split decision to Alessio Di Chirico before tearing his latissimum dorsi muscle and being told he’d never fight again.

Pitolo is a good grappler and good striker, pretty well rounded all over while Marquez was a relatively hittable striker back in the day. The fact he hasn’t fought for so long is worrying but he has a power advantage from what he had in the past and with Pitolo happy to take a punch to give a punch, that could land him in trouble. It’s tough to call, but I’ll lean with the power of Marquez.
PICK – Julian Marquez via Knockout, Round 2

A quick turnaround for Simon as he takes on ‘Bam Bam’ Kelleher in the featherweight division.

Simon got a win on Fight Island last month with a fantastic performance and submission win against Gaetano Pirrello, while Kelleher went 3-1 in 2020 including a 39 second submission win over Ray Rodriguez back in October.

Simon is a fantastic wrestler, who applies phenomenal pressure and looks to work his submission game once he gets down there while Kelleher is a powerful striker who has a violent guillotine in his locker too. Kelleher’s wrestling isn’t awful, but Simon has a huge advantage in that area. He has shown a wobbly chin before and Kelleher has finished all but one of his wins in the UFC. With that said, Simon’s wrestling is so good I do expect he’ll get the takedowns in a safe way to avoid the guillotine chokes and dominate from top position for a decision win.
PICK – Ricky Simon via Decision

Two UFC veterans come together in this one in what should prove to be a relatively exciting fight at lightweight. Miller went 1-2 in 2020 losing to Scott Holtzman in February, beating Roosevelt Roberts in June and then losing to Vinc Pichel at UFC 252, while Green went 3-1 in 2020 with wins over Clay Guida, Lando Vannata and Alan Patrick before a controversial loss to Thiago Moises.

Miller is a submission monster, with 18 wins coming by way of tap-out in his career. He’s excellent on the mat but he comes up against Green who has been excellent on the feet in his most recent fights but has also shown fantastic grappling defence and solid wrestling.

Green has power to hurt Miller and a speed advantage, so I expect Green should be able to out land Miller on the feet an keep the fight standing with his takedown defence so I expect a decision win.
PICK – Bobby Green via Decision

A middleweight clash that will see two men battling to get back on track to work their way up the rankings in the 185lbs division. Gastelum put together a decent run at middleweight before losing to Israel Adesanya in the interim title fight, before losing to Darren Till and then getting ankle-picked by Jack Hermansson in July in just 78 seconds. Heinisch lost two in a row at the back end of 2019 before bouncing back with a win over Gerald Meerschaert in June.

Gastelum is a heavy handed striker with a good wrestling background, while Heinisch is very similar in style. In a very even match up, the difference between the two is generally in the cardio department where Gastelum rarely gasses out. Heinisch is the crisper striker of the two but Gastelum has a speed advantage and is coming back with a point to prove after three losses in a row.

It’s a really close fight and there’s not much in it either way, but I think Gastelum’s power and speed could be enough to get him a close decision win once the fight gets into the later rounds.
PICK – Kelvin Gastelum via Decision

The return of Maycee Barber is the co-main event of this event as she takes on Alexa Grasso in the women’s flyweight division. Barber was 8-0 before losing her last fight to Roxanne Modafferi, where she tore her ACL in the second round and got dominated on the ground. Grasso has alternated wins and losses since 2016, with a win in her last bout against Ji Yeon Kim in August last year.

Both women are great strikers with Barber having a big power advantage, but Grasso’s boxing is arguably more polished. Barber is bigger physically, stronger, faster and just has a lot of advantages in this bout. While Grasso is a good talent in her own right, she’s been set up to fail in this one.

Barber should return to the octagon with a statement win here, and I expect a one-sided display for ‘The Future’.
PICK – Maycee Barber via Knockout, Round 2

The welterweight division can finally move on from this match up after this weekend as ‘The Nigerian Nightmare’ takes on his long-time teammate Gilbert Burns for the title. Usman is undefeated in the UFC and has won 16 fights in a row in total, defeating Tyron Woodley and Colby Covington before dominating Jorge Masvidal last time out. Burns is on a six-fight win streak of his own, with wins over Demian Maia and Woodley himself in his last two fights to set this bout up.

The two trained together for many years under Henry Hooft but when this fight was made, Usman went to work with Justin Gaethje and Trevor Wittman which means his striking will almost certainly have improved while he’s been away. Burns is a Brazilian jiu-jitsu world champion who has started leaning on his knockout power more in recent times, because he’s so confident on the ground.

He’s going to need that grappling more than ever in this one, with Usman’s style always to back his opponent up to the cage then use his incredible physicality to get a takedown and dominate on the ground. He showed in his fight with Covington that he has a great chin and knockout power too and while Burns will cause him problems from the bottom, Usman is a level above any welterweight in the world and should win this one.
PICK – Kamaru Usman via Decision