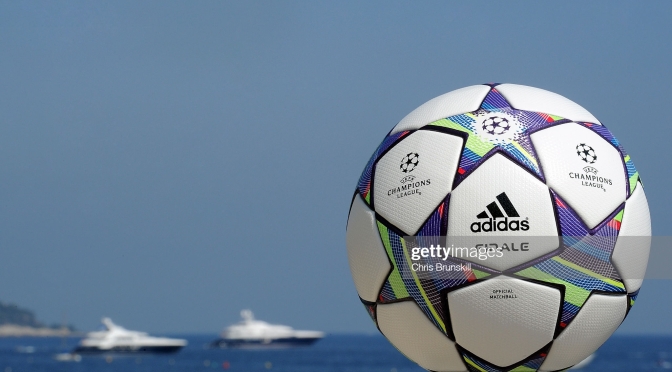 News broke on Sunday that rocked the footballing world, as it was announced that 12 of Europe’s biggest clubs have agreed to form a breakaway ‘Super League’.

The Premier League’s ‘Big Six’ as well as Spain and Italy’s three biggest sides have all signed a letter of intent that will see the club’s form their own super league to compete with the UEFA Champions League.

While dates and such aren’t official yet and likely won’t be for a while, it was a huge signal that these clubs are done with the way things are handled by FIFA and their respective leagues.

The move comes just one day prior to UEFA’s plans to announce a Champions League revamp from 2024 onwards, that will see the format of the competition change to a league-like structure where each team will play ten games rather than the traditional six group games.

It’s said the top sides aren’t happy with the revenue share from television deals that would take place if it went through, and thus have decided to form their own league that they control themselves.

The leaked news was met with shock, anger and disgust by many including – and most vocally – Gary Neville, former Manchester United defender and current part-owner of EFL club Salford City.

His argument was simple; it shouldn’t be done during a pandemic when other club’s are struggling for money and he was disgusted that clubs with a footballing tradition such as Liverpool, Manchester United and Arsenal would even consider accepting the proposal.

What he failed to consider is that other clubs’ financial position is absolutely nothing to do with any of those clubs or any other club potentially involved. It is not those top clubs’ responsibility to ensure that smaller clubs in and around them and the footballing pyramid are financially secure, in fact, it’s none of their business whatsoever.

Add to that the fact that as he has so conveniently pointed out in the past, these are multi-million pound businesses now and they’re being run as such.

Why would Daniel Levy of Tottenham Hotspur turn down a reported £350m plus guaranteed stability in this league since there are no plans for relegation or promotion currently, in favour of less money and less stability? Because Burnley weren’t invited to the party? It makes no sense.

These clubs are doing what their owners feel is best for their pockets and you absolutely cannot blame them.

Is it right? No. Is it fair on fans? Absolutely not. Is the European Super League even an attractive idea from a fan standpoint? Barely.

But that isn’t the point. The point is that these clubs are the reason that the competitions they’re competing in are so successful and make so much money. They have openly asked for a bigger chunk of the pie because of that and have been outright denied that by UEFA in the Champions League.

Whether you agree or disagree is another argument entirely, the point is that they disagree. They’ve now taken their powers, combined them and decided that they can do it themselves. The TV companies will lap it up because they’re the biggest teams with the best players in the world going head to head regularly. They’ll be dripping in sponsorship money and they’ll be in control.

Their initial plan was to directly compete with the Champions League, not their own domestic leagues and that is important. The talk of a ‘breakaway league’ has only come about because the domestic leagues in question are refusing to allow them to take part in both competitions.

UEFA have rightly got the leagues on their side and it means it’s almost certain that this won’t go ahead anyway. With threats of bans from domestic leagues, continental competitions and even international tournaments in alignment with FIFA, players won’t do it and eventually UEFA and the clubs in question will find a compromise.

It’s really important though that this narrative of big clubs having to babysit smaller clubs is quashed. The attention should be on what it does to fans and for the competitive nature of the sport.

Fans would be forced to travel abroad on a far more regular basis for games that are essentially meaningless since there is no chance of promotion or relegation and would simply be to rack up extra currency for the power-hungry owners to spend elsewhere, because they’re not pumping it back into their clubs.

The irony and hypocrisy of people taking the moral high ground when the Champions League and Premier League were revamped 30 years ago for this exact reason absolutely reeks.

Fans don’t want the super league to happen, the only people that do are the cash-hungry owners. Separate those people from the clubs they represent and you’ll be much closer to the root of the problems.

2 thoughts on “The European Super League is rubbish but why are people shocked?”