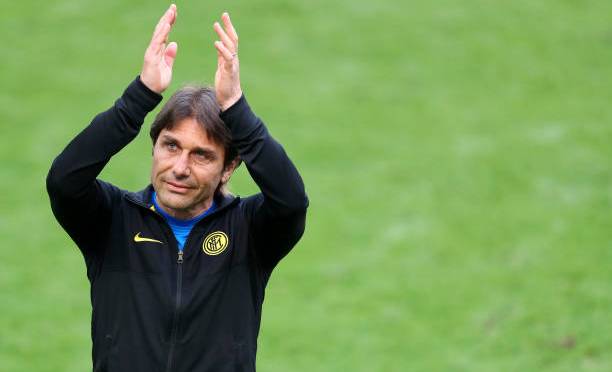 After two seasons, a Serie A title and a Europa Legue final, Antonio Conte has left Inter Milan.

The Italian coach joined the club in 2019 and reached the Europa League final, losing 3-2 to Sevilla, while finishing one point behind Juventus in the race for the Serie A title.

He followed that performance up this season with a remarkable league run, winning the title for the first time since 2010 by finishing 12 points ahead of city rivals AC Milan.

But after the COVID-19 pandemic caused owners Suning International some really tough times financially, it was reported that Inter needed to make up to €70m worth of sales this summer to survive.

That meant that not only would Conte have no money to spend during this transfer window to bolster his squad, but that his team would get weakened considerably by the sale of a key player or two.

That was enough to convince Conte to walk away from the club, citing a lack of ambition and the two parties agreed on a mutual agreement that would allow him to leave immediately.

Sky Italia’s best reporter Gianluca Di Marzio was the first to break the news and revealed that the club have agreed to pay the former Chelsea coach €7m to leave immediately. He will be free to take another coaching role too, with no compensation required.

Inter will now look to hire quickly to replace him, with Lazio boss Simone Inzaghi and former Milan and Juventus manager Max Allegri among the favourites for the job.

As for Conte, he won’t be short on admirers either. Zinedine Zidane looks likely to leave Real Madrid this summer and Conte has revealed in the past that he was close to signing with the Bernabeu club, only for them to go in a different direction in the end.

After winning the title this season, his stock will be at an all-time high and Madrid will look for a quick replacement too. While it’s expected that Allegri will be their first choice too, if he opts to go for Inter then Conte would be a great alternative.

There is always the possibility of a return to the Premier League with Tottenham too. Spurs sacked Jose Mourinho last season, who has since gone on to join Roma for next season.

Conte enjoyed his time in England, winning the Premier League in his first season before winning the FA Cup with Chelsea before leaving after just two years once again. During that title winning campaign, the Blues had no European football to contend with and while Spurs will be in the UEFA Europa Conference League it should be easy enough to navigate with youth players if the club want to push for a real title challenge.

He would need assurances of cash to spend and that the club would be able to hold on to it’s stars, like Harry Kane, but if Daniel Levy can promise that then he will have a great chance at being able to bring in one of the top coaches in the world.

Conte is able now to move on from a job where he has done really well, without damaging his reputation by going out on a low. So whatever comes next will come with high expectations too, but he seems to thrive in that anyway.

what will bruno lage bring to wolves if he replaces nuno espirito santo?