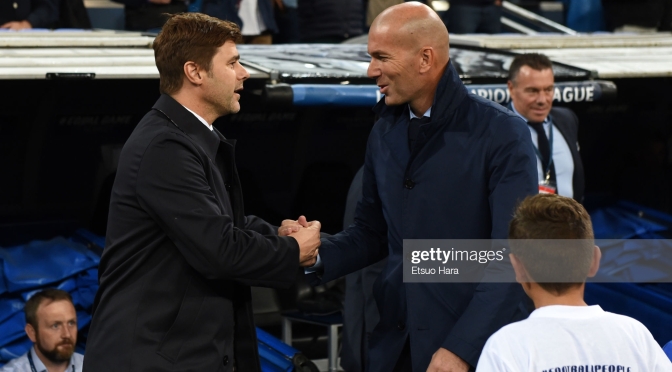 The European managerial merry-go-round has begun.

As the season comes to an end, the biggest clubs in Europe are making the tough decisions that can break or break the new season and it turns out that the heavyweights want change this summer.

After Antonio Conte resigned as manager of Inter Milan, he has been followed by Zinedine Zidane at Real Madrid who officially resigned for the second time with a year left on his contract.

It had been widely expected that Zidane was going to walk away from Madrid again, as he oversaw a trophyless season with the club. He took the La Liga title race all the way to the final day, where Atletico Madrid’s victory meant they claimed the title.

He also took them to the Champions League semi-finals, where they couldn’t overcome a solid Chelsea side and were dumped out following defeat at Stamford Bridge in the second leg. But with so many injuries throughout the season and the club struggling financially, he wasn’t able to get the squad he was promised and has decided to call it a day with no sign of change this summer.

It was believed he was going to be replaced by Max Allegri, who had been without a job for two seasons after leaving Juventus following five consecutive Serie A titles. However, it was revealed on Thursday that Allegri is in fact set to return to Juventus, with the Turin side deciding to sack Andrea Pirlo.

Former midfielder Pirlo was originally hired as the youth team coach, but was promptly promoted once Maurizio Sarri was sacked last summer after winning the league. Despite his legendary status and strong squad, Juventus only finished fourth on the final day when Napoli failed to win allowing the Bianconeri to leapfrog them in the table.

While Pirlo was hopeful of staying, the decision was taken away from him and it seems now that Allegri will return and be given the keys to the rebuild that the club will undertake.

It means that Real Madrid will likely turn their attention to Conte now that he is a free agent. Conte previously almost joined Madrid back in 2018 when Zidane left the first time, but the club in the end went for Julen Lopetegui and we all know how that went.

There is also the chance that the club could go for Mauricio Pochettino, the current PSG manager. After failing to win Ligue 1, it’s believed that he is considering his future at the club after signing an 18-month contract in January of this year.

It was believed that his position could be under threat, but reports in France suggest they are keen to keep him for the upcoming season but he could be tempted to leave with his former club Tottenham Hotspur also back in the race for him.

It’s said that Spurs are confident they could strike a deal with PSG and Pochettino to bring him back to north London less than two years after sacking him. It seems as though both parties are open to making it happen, but PSG aren’t the most keen.

If Spurs and Pochettino were to push for it though, they could look to try and bring Zidane as a replacement. A French legend with plenty of success in Europe as a player and a coach, Zizou could be the perfect answer to the managerial position should it become available.

It’s a managerial merry-go-round in Europe, with the top clubs making big changes at the top. There’s a big summer incoming and there are plenty of twists and turns coming.