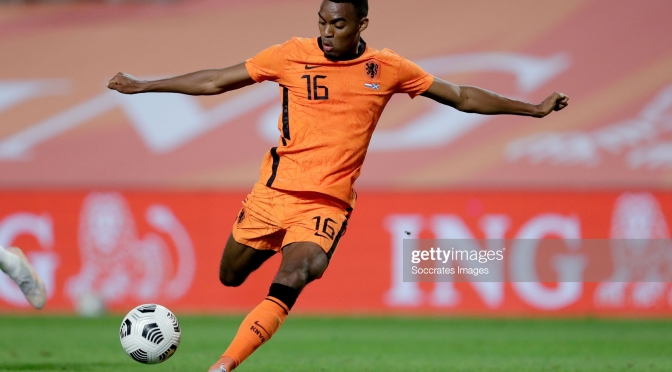 Euro 2020 is upon us after a 12-month delay and it means there will be plenty of faces at the tournament this summer that wouldn’t have been originally.

24 nations will compete to be crowned champions of Europe while playing across 11 cities on the continent, but many will be relying on young players in their squads to fill a role.

Whether that role be as a starter, competition for a place, an impact sub or just filling numbers and earning experience there are plenty of quality youngsters that will be involved. With the tournament kicking off tomorrow, here are five youngsters to keep a close eye on.

The Barcelona youngster made a very big impression in his first season with the first-team under Ronald Koeman.

Originally coming through as a winger, the 18-year-old moved over into central midfield as the season progressed and made the role his own alongside Frenkie De Jong and Sergio Busquets. A fantastic passer, Pedri is also a great dribbler and breaks the lines well. Defensively his work rate is excellent too and while he faces plenty of competition to get into the side, once he gets his chance I fully expect him take it with both hands.

His transition from Las Palmas to Barcelona was seamless, and I expect his transition to international football will be just as good.

After coming through the Chelsea academy and representing England at youth level, Jamal Musiala made the move to Germany with Bayern Munich and chose to represent the country of his birth at international level.

At just 18-years-old, Musiala established himself as part of Bayern’s first-team squad this season and made 39 appearances, scoring seven times. Playing mostly as a number ten when he did play, his willingness to play on the half-turn and confidence to try things with the ball really set him apart from the rest of the players his age.

His end product is great and he won’t be expected to play much, but if given the chance he is good enough to make an impact against any defence he may come up against.

This might be a bit of a cop out since Foden has been on everyone’s list for a couple of years, but if this tournament took place last year as it was meant to then he wouldn’t have been in the squad.

This season though he had a superb campaign with Manchester City, winning the PFA Young Player of the Year and registering double digits for goals and assists across all competitions. Brilliant passing, a delicate first touch, driving dribbling and versatile with the positions he can play, Foden will be right in Gareth Southgate’s thinking for the England team

He’s probably the one who will play the biggest role for his nation during this tournament and is a superstar in the making.

The only defender on this list comes from the reigning European champions and is another player who has benefited from the tournament being delayed by a year.

Playing as a left-back or left wing-back for Sporting CP this season, the Lisbon side won the league for the first time in 19 years and Mendes was a big part of that. His pace is tremendous and his drive with the ball makes him a constant threat going forward.

He started both warm-up games in the build up tournament and it seems that he is the new first-choice left-back ahead of Raphael Guerreiro, so he has some big shoes to fill.

Holland are well known for producing absolute gems when it comes to young players, but Gravenberch might be the best one in a little while.

The Ajax starlet broke into the first-team this season as they won another Eredivisie title and played a starring role in central midfield. Compared to Paul Pogba because of his tall frame but brilliant technical ability, the 18-year-old has got all the attributes to really dominate a midfield and control a midfield.

Alongside the experience of Gini Wijnaldum and composure of De Jong in midfield, Gravenberch has a great chance of making a real name for himself this summer.