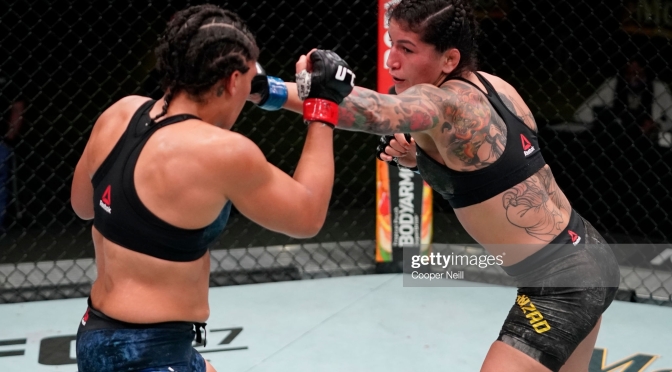 Another blockbuster pay-per-view card is upon us as UFC 263 finally lands on our TV screens from Arizona as Israel Adesanya returns to the octagon to defend his middleweight championship against Marvin Vettori.

It’s a highly anticipated rematch at 185lbs after the two previously met in 2018, with Adesanya getting the nod in a split decision. But after defeat last time out at light heavyweight, Vettori now has the blueprint to victory and will look to execute it to become the new champion.

In the co-main event the flyweight title will be on the line as Deiveson Figueiredo takes on Brandon Moreno in their rematch from UFC 256. After the first fight ended in a draw, Figueiredo will be targeting an early finish in this one to put a stamp on his title reign.

We also have a historic fight on the main card, as Leon Edwards gets a chance to become a household name against Nate Diaz in the first ever non-title, five-round bout not headlining the card.

We’ll look to improve on that with these 14 fights, starting with the early prelims here.

A heavyweight banger to open the card as Carlos Felipe looks to make it three wins in a row against Jake Collier. Felipe lost his UFC debut against Sergey Spivak at UFC Fight Island 2, before wins over Yorgan De Castro and then Justin Tafa at UFC Fight Island 7. Collier on the other hand has alternated defeat and victory since his debut back in 2014, with his most recent fights being a KO loss to Tom Aspinall at UFC Fight Island 3 and a win over Gian Villante at UFC Vegas 16.

Felipe is a power striker with some good combinations and great durability, while Collier is a decent kicker who is a former middleweight and still fights like one, just with an extra 80lbs of weight. Felipe lands lots of looping punches and has great power in his hands and surprisingly his gas tank is pretty good.

Collier is more of a volume type fighter at heavyweight and in the end, the power of Felipe will likely get through and he should be able to get the victory based off landing the more noticeable strikes.
PICK – Carlos Felipe via Decision

A fun lightweight bout between two guys who lost their UFC debuts on short-notice before bouncing back to win last time out. Ziam was beaten by Don Madge back at UFC 242, before returning with a decision win over Jamie Mullarkey at UFC Fight Island 6, while Vendramini lost up a weight class to Elizeu Zaleski dos Santos in 2018 before returning in 2020 with a KO win over Jessin Ayari.

Ziam is an excellent kickboxer, who fights really well from range and lands accurate strikes and kicks while Vendramini is someone who will push forward with pressure and grind with takedowns. Ziam showed in his last fight against Mullarkey that his takedown defence is good and that he can get back to his feet, but Vendramini is a far better grappler than Mullarkey.

If Vendramini can close the distance quickly enough and get Ziam down it will be tough for him to stand back up. But with Ziam’s ability to strike from range and evade, I think he could land enough to get a close decision win.
PICK – Fares Ziam via Decision

Ben Askren’s baby boy is back in the octagon looking to get consecutive wins again against the experienced Steven Peterson. Hooper lost his first career bout to Alex Caceres at UFC 250 but bounced back with a submission win over Peter Barrett at UFC 256, while Peterson won his last fight via KO back in September 2019.

Hooper is a grappling specialist with lots of very good submissions off in his arsenal, while Peterson is a steady striker with excellent wrestling to fall back on if needed. Peterson has been known to have not the best striking defence, but Hooper’s striking offence is essentially non-existent and that means ‘Ocho’ can march forward unopposed.

He has a deep gas tank and the ability to overwhelm Hooper with strikes and while Hooper’s future is bright, I think Peterson is just going to be too much for him here.
PICK – Steven Peterson via Decision

A short-notice bout for the lightweight division as Matt Frevola looks to bounce back from defeat against a hungry UFC debutant. Frevola lost via unanimous decision against Arman Tsarukyan at UFC 257 in January, while McKinney has won his last three in a row all by knockout in under 72 seconds.

McKinney is powerful striker with a real killer instinct, but Frevola is a wrestler with a really brilliant work-rate and can out-work even the best fighters on his best day. The issue is that on his worst day, he could lose to the worst guys in the division. He has good power himself and has been known to be dragged into wars in the past and that could go badly for him on the night.

McKinney is on a huge high after winning his last fight just 8 days prior to this fight and with his genuine knockout power, I’m backing the underdog to get it done here.
PICK – Terrance McKinney via Knockout, Round 1

A big women’s bantamweight fight as they go head to head for a place in the top ten of the UFC rankings. Kianzad is on a three-fight win streak having beaten Bethe Correira at UFC Fight Island 3 and Sijara Eubanks at UFC Vegas 17 most recently, while Davis snapped a three-fight losing streak with a win over Sabina Mazzo at UFC Vegas 20.

Kianzad is a solid striker and likes to use her straight punches and long legs to kick her opponents out of range, while Davis is a solid grappler who will look to take this fight to the ground and control from top position. Kianzad’s takedown defence is decent but the striking differential between the two is just so wide that I can’t see how she doesn’t piece Davis up on the feet.

You know what you’re going to get from Davis and I just don’t think it’ll be enough here.
PICK – Pannie Kianzad via Decision

marvin vettori has the blueprint for victory at ufc 263