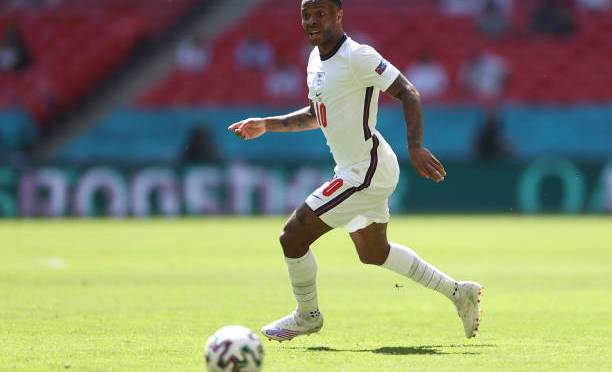 England look to secure qualification into the round of 16 at the first attempt at Euro 2020 with a win over Scotland in match day 2.

Raheem Sterling’s goal in the second half gave the Three Lions a well deserved 1-0 win over Croatia in their opening game, in a performance that did the country proud.

Manager Gareth Southgate will now need to make some tough decisions in the team against Scotland, with England expected to control possession more and their home nation rivals likely to line up in a very defensive manner.

Does Southgate stick to a winning formula or make some changes to keep everyone in the 26-man squad on their toes and in rhythm? This is the England team that should start against Scotland for us.

The Everton stopper’s number one shirt was in doubt before the original tournament in 2020 but he kept his shirt for the opener when Nick Pope went down injured and was ruled out of the tournament before the squad was picked.

His position is even further cemented now with Dean Henderson’s withdrawal from the squad, so he is now comfortably the best keeper available and should start.

Walker had a good performance against Croatia in the opening game and with Liverpool’s Andrew Robertson being deployed in a wing-back role, Walker’s pace and strength will be needed to ensure he doesn’t get a free ride out wide all night.

He’s good in possession against low block sides too, with his experience playing for Manchester City and as the best full-back in the squad he deserves to start again.

He was the best fit centre-back England had in the first game and he turned in a performance to back it up too. Great ability on the ball, fantastic aerially in both boxes and a very good one-on-one defender, barring the odd brain fart he gets he’s got the tools to be one of the best England have.

His ability on the ball will see him be key to England building up play from the back and he’ll be a threat at set-pieces too, so he starts again.

He’s missed around a month of action with an ankle ligament injury, but after training for the last week since the Croatia game Maguire is available to play and therefore should start.

Southgate says he will play a part but is unsure of if he’ll start yet, but he’d be better off starting when the intensity is higher to really see if he is fit enough to play. Mings was excellent against Croatia in the opening game so England can trust that they have a solid deputy if needed but it’s the perfect game to give Maguire a start in.

Kieran Trippier got the shock nod at left-back in the opening game, but against a side likely to play a low block stretching the pitch will be key.

That means a natural left footer should play at left-back and Shaw was the best left-back in the country last season and therefore deserves his shot at starting in a major tournament. His partnership at club level with Maguire will be helpful too but his pace and passing going forward will help England unlock the Scottish defence.

Gary Neville described Rice as one of the two undroppable players in the England team along with Harry Kane and while I don’t necessarily agree, he is hard to replace.

Quite comfortably the best defensive midfielder England have, Rice’s positioning and tackling go hand-in-hand with his reading of the game and make him a key part of the jigsaw of a Southgate team. He’ll need to be better on the ball in a game like this, with more progressive passes and bravery, but his reliability defensively adds some protection to an otherwise attacking team.

This will seem harsh to many because of just how good Kalvin Phillips was against Croatia, but this is the type of game where I want someone in a deeper midfield role with more of a natural attacking burst.

Bellingham has the ability to help out defensively where needed but also has a killer pass on him, ability to drive past players and can score goals too. Getting players into a rhythm in case they’re called upon is key for a tournament and Bellingham is good enough to get a start and make a difference.

Most people didn’t have Sterling starting the opener, but he turned in a great performance where he was the most dangerous attacker and got the only goal of the game.

The confidence he’ll take from that game will be big for the rest of the tournament and he should be allowed to ride that momentum into this game too. Pace, direct running, a great dribbler and excellent movement from out-to-in make him the perfect outlet for England against the Scotland back five and I wouldn’t be shocked to see him score once again.

Ideally I probably wouldn’t play Mount in this game and certainly not in this position, but it’s pretty obvious that he’s going to start so I’ve included him.

He’s a top player, with an excellent touch and lots of intelligence around the way he moves around the pitch with and without the ball but against Croatia he looked quite flat after a bright start. In a game like this he will need to be at his brilliant best (which is more likely than not to be fair) and his combination play with the front three around him will be key to opening Scotland up.

There was general shock around the exclusion of Grealish from the starting team against Croatia after his performances in the warm-up games, but I expect him to come back into the side here.

Phil Foden got the nod in that game but aside from hitting the post early on he was quite ineffective in the opening game. Grealish’s direct running and ability to slow a game down then flick a switch to up the tempo is exactly what England need in a game such like this, where Scotland will set up deep and look to frustrate them.

He starts when he’s fit and available and rightly so. England’s best striker in a long time but also arguably one of the best in the world, he has every type of finish in his arsenal and is also one of the best creators in the squad so you’d be silly to have a team without him in the starting lineup.