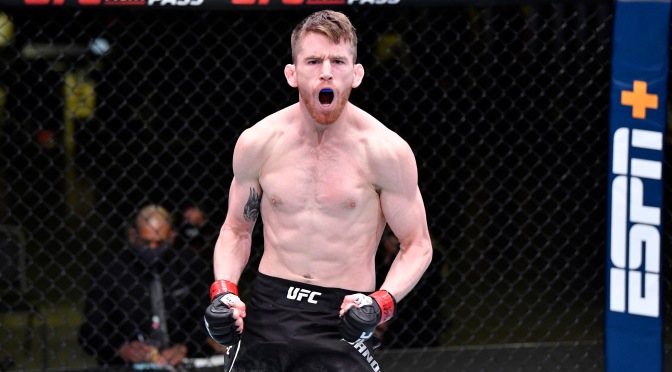 It was supposed to happen back in May, but we’re finally about to get one of the best fights the bantamweight division could possibly put together.

The main event at UFC Vegas 32 will see Cory Sandhagen take on former 135lbs champion of the world TJ Dillashaw, in a fight that will likely determine the next contender for the title towards the end of the year or early next year.

Aljamain Sterling and Petr Yan will rematch later this year, likely in October, to settle their feud after Sterling won the belt via disqualification when Yan intentionally kneed him while he was down at UFC 259 back in March.

But they will both have their eyes firmly glued to their screens this weekend, knowing the winner of this bout is a genuine contender to the belt.

You can argue that Sandhagen should already be challenging for the title, having bounced back from defeat against Sterling at UFC 250 by defeating both Marlon Moraes at UFC Fight Island 5 and then Frankie Edgar at UFC Vegas 18 by knockout.

But when Dillashaw returned from a two-year suspension after failing a drug test for EPO use when moving down to challenge for the 125lbs title against Henry Cejudo, he was immediately reinstated to the title picture.

The plan was likely to pit Sandhagen against the winner of the UFC 259 bout, with Dillashaw taking on the loser. But the crazy ending meant that the UFC had to find a way to keep them both active, or make them both wait.

The bantamweight division is one of the most stacked in the entire company, so it’s not like there weren’t match ups ready to be made. But this is arguably one of the absolute best you could make if given a clean slate of 135lbers to pick from.

Both are extremely well rounded fighters, with great striking skills but also a solid ground game to fall back on too. They both have knockout power, both have good submission skills, both have a high fight IQ and both shine when the lights are brightest.

The winner will have a genuine claim at being the best bantamweight in the world, regardless of the title situation in the immediate aftermath.

While they’ll need to prove that in their next fight, it would be hard to argue. Should Sandhagen get the win, he’s just beaten one of the best of all-time and is on a three-fight win streak. If Dillashaw gets the W, he’s just come back from two years out and beaten one of the top contenders at the first attempt.

This is the type of fight that you show a casual fan and they turn into a real super fan. The level will be that high and the action will be that good. Don’t miss it.