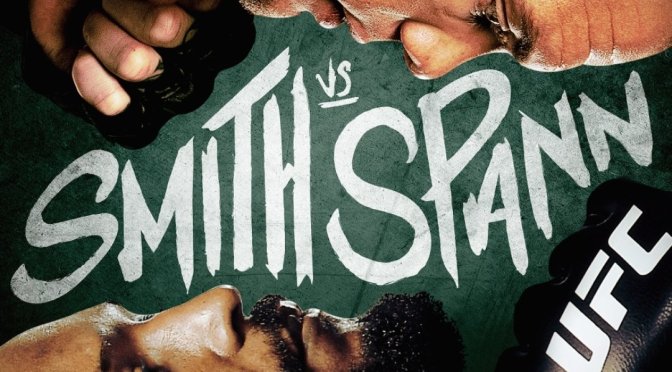 The UFC returns to our screens this weekend after a two week break with a huge 15-fight card, headlined by light heavyweights Anthony ‘Lionheart’ Smith and Ryan Spann.

The 205lbs division is top heavy right now, with lots of guys vying for title contention and that includes former challenger Smith. A win for Spann however in his first ever main event would be a huge deal for him and mean he has no easy fights in his future.

Elsewhere on the card there is a hotly anticipated match-up between Ariane Lipski and debutant Mandy Bohm in the women’s flyweight division, while the likes of Joaquin Buckley, Nate Maness, Raquel Pennington, Impa Kasanganay and Arman Tsarukyan all fight too.

A huge card, we’ve split our picks up into three this week so we’ll start with the opening four early prelim bouts.

A very interesting middleweight bout to open the main card as Buckley and Arroyo look to get back into the win column in this one. Buckley had the world at his feet after his mind-blowing KO over Impa Kasanganay and then Jordan Wright at UFC 255, but he got starched with a head kick by Alessio Di Chirico at UFC Fight Island 7. Arroyo came into the UFC very highly-rated, but suffered back-to-back defeats to Andre Muniz and Deron Winn most recently at UFC Vegas 17.

Buckley is a pressure fighter with lots of power in both his hands and feet, but he’s only 5ft 10′ and in the middleweight division that’s not the biggest. Arroyo on the other hand is a good striker who has seriously struggled with wrestling since coming to the UFC. Buckley moves a lot and has a considerable athletic advantage, but Arroyo is better when he’s allowed to stand and Buckley can prove to be pretty predictable sometimes with his timing.

With that said, Arroyo hasn’t shown me anything that gets me excited about his future yet. We saw Buckley come back from getting KO’d by Kevin Holland in the past and I think he’ll come back in this one with a bang once again.
PICK – Joaquin Buckley via Knockout, Round 2

A banger at 135lbs in this one between two highly-rated potential future contenders. Maness has won both his UFC bouts so far, cruising past Jonny Munhoz Jr before a submission win over Luke Sanders at UFC Vegas 15, while Gravely has also won his last two with a split decision over Geraldo De Freitas before a KO over Anthony Birchak at UFC Vegas 24.

Maness is a good all-rounder, with good striking and good wrestling to be able to compete everywhere the fight could possibly go. Gravely on the other hand is a spectacular wrestler with good power in his hands and a nasty finishing instinct if he gets an opponent hurt, shown in his 12 stoppage wins. Gravely is arguably better at everything in this fight, but has had issues in the past with cardio and that’s where he could find himself in trouble.

If he goes too hard, too early then Maness could stay in there and cause him big issues in the later rounds. If he starts too slowly then the same could happen also. If he however paces himself properly, boxes his way to the inside and secures some top control then it’ll be a long night for Maness.
PICK – Tony Gravely via Decision

An absolutely brilliant bit of match-making in this one as one highly rated prospect takes on an up and coming veteran at lightweight. Tsarukyan has won three-in-a-row with his most recent win coming against Matt Frevola at UFC 257, and his only defeat since 2015 coming against Islam Makhachev. Giagos has won his last two fights, including a submission win over Sean Soriano at UFC 262 last time out.

Tsarukyan has a brilliant freestyle wrestling background as well as tremendous cardio and a good kickboxing arsenal to go with it. Giagos on the other hand is a tidy kickboxer himself who is also at his best when he’s coming forward and securing takedowns on his opponent. Giagos has had issues with his cardio in the past and Tsarukyan showed some terrific takedown defence against Makhachev, which spells bad things for Giagos.

Unfortunately for Giagos, Tsarukyan seems to have the advantage in the wrestling world and on the feet they’re pretty evenly matched. Both prefer the grappling world, which makes me lean towards the Russian in a decision victory.
PICK – Arman Tsarukyan via Decision

A very fun fight in the women’s flyweight division between two big strikers at 125lbs. Lipski is 2-2 in her most recent fights, losing her last two-in-a-row to Antonina Shevchenko and then Montana De La Rosa via knockout at UFC Vegas 28. Bohm on the other hand is a very highly rated undefeated fighter coming over from Bellator, winning her most recent fight via decision just under a year ago.

Lipski’s nickname is ‘Queen of Violence’ for a reason. She is a nasty striker who loves to use knees and elbows and has some good striking and clinch control. Bohm on the other hand has a beautiful jab and will look to drag her opponent down to the ground, take their back and synch up some submissions. Lipski’s defeats all generally have come against top level fighters but she does struggle on the ground and that could be a problem here.

Lipski will without a doubt look to maintain distance, use her kicks and stay away from the mat. But where she loves to clinch up for knees and elbow strikes, she puts herself into danger. With that said, Bohm hasn’t fought anyone at Lipski’s level or with her experience yet. It’s due to be a fascinating fight that could go either way but when it’s grappler vs striker, I tend to lean towards the grappler.
PICK – Mandy Bohm via Decision

A very intriguing light heavyweight scrap between two ranked fighters among the big men in the company. Cutelaba is winless in his last three fights, getting knocked out twice by Magomed Ankalaev before a split draw against Dustin Jacoby at UFC Vegas 25. Clark was beaten in the main event at UFC Vegas 15 by Anthony Smith last time out but won his last two before that.

Cutelaba is a fighter who straight up likes to brawl. He’s a power puncher who throws with reckless abandon and solid technique with some good accuracy and a good chin of his own. Clark on the other hand is a fighter who puts W’s above entertainment with his style, generally trying to wrestle his opponent to the ground and keep them there. Clark is a great wrestler but he’s not among the top fighters in the division, and while Cutelaba isn’t either I think he’s still a level above Clark.

The power in the hands means he will land and likely hurt Clark but it’s whether or not Cutelaba can either prevent the takedowns or stop Clark from holding him down. He has a wrestling background and has shown an ability to be able to do that in the past, so I believe Cutelaba can land and keep it standing enough for a win.
PICK – Ion Cutelaba via Decision

A big light heavyweight main event sees former title challenger ‘Lionheart’ Smith take on first-time main eventer Ryan Spann. Smith bounced back from a dominant defeat against Aleksandar Rakic to cruise past Devin Clark and then Jimmy Crute in his last bout at UFC 261. Spann on the other hand has won nine of his last ten fights, losing to Johnny Walker before bouncing back with a win via violent knockout against Misha Cirkunov at UFC Vegas 21.

Smith is a former golden gloves boxing champion with a black belt in Brazilian jiu-jitsu to go with over 50 professional fights worth of experience. Spann is a powerful striker in his own right, but he doesn’t really throw combinations and his gas tank is absolutely a worry in a five-round fight. Smith has a solid chin and is incredibly well-rounded and ultimately here, Spann’s tool box just isn’t that deep.

‘Lionheart’ has multiple paths to victory in this fight and while he may look to be wary early on because of Spann’s power, he will take over and show that there are levels to this mixed martial arts game to secure a third straight victory.
PICK – Anthony Smith via Knockout, Round 3