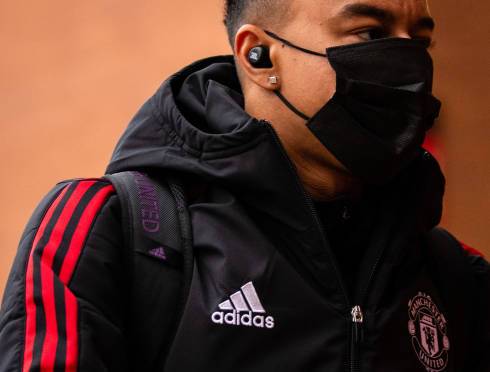 The summer of 2020 was all about the future of Jesse Lingard at one point, and the England man found himself out in the cold.

Despite the addition of Edinson Cavani, Donny Van de Beek and Bruno Fernandes into the first-team picture at Manchester United, Jesse Lingard opted to stay at the club and fight for his first-team place after scoring his first and only goal of the season on the final day against Leicester the previous season.

He found himself out in the cold in the first half of last season, featuring only in the Carabao Cup and failing to get on the pitch for even a single minute in the Premier League.

He left the club on loan in January and joined West Ham, where he lit up the league and became one of the best performing players in the second half of the campaign.

He scored nine goals and registered four assists in 16 games for the Hammers, helping them to secure European football and it was expected that he would complete a permanent move away from Old Trafford last summer.

But with a year left on his deal and with Manchester United signing Cristiano Ronaldo and Jadon Sancho to add to their attacking options, Lingard instead opted to stay put and fight for his place once more.

He started the season relatively well, scoring against Newcastle and West Ham while also setting up Ronaldo for the winning goal against Villarreal in the Champions League. But all of those appearances came from the substitutes bench, with his only start so far coming in the Carabao Cup.

This has led to more speculation over his future, with reports that he has rejected a new contract at the club as he wants assurances over more regular game time.

Barcelona and AC Milan are reportedly interested in signing him on a free transfer, but the whole situation just screams poor planning on United’s behalf once again.

The Reds had ample interest in the 28-year-old during the summer for a permanent deal but set their asking price at around £30m.

For a player who had six-months of good form and was out of contract in less than 12 months time, it seemed high and was proven to be when nobody made an official offer for the England international.

Lingard strangely didn’t push for a move, despite the lack of football ultimately costing him a place in the Euro 2020 squad, something he admitted made him cry.

So with a World Cup coming up next year, the decision to put himself back into that scenario was just odd. United’s decision to keep him was odd, Solskjaer’s adamance to keep him around but not use him is odd. The whole situation is odd.

Now it seems that United will lose out on a chunk of money for a valuable asset, Lingard will miss out on another half-season of football and clubs interested will get a bargain for a player who showed he is capable of making a difference.

United must learn that sometimes they need to just let players go for a bit less than market value to be able to get something at all. Because far too often they are left in a situation where they get nothing for players that they had plenty of interest in, because they’re too stubborn to shift their demands or far too generous with their contracts which means players are too comfortable and don’t press to leave.

It’s a nasty cycle and one United must break, or face the same situation happening again and again in the future.