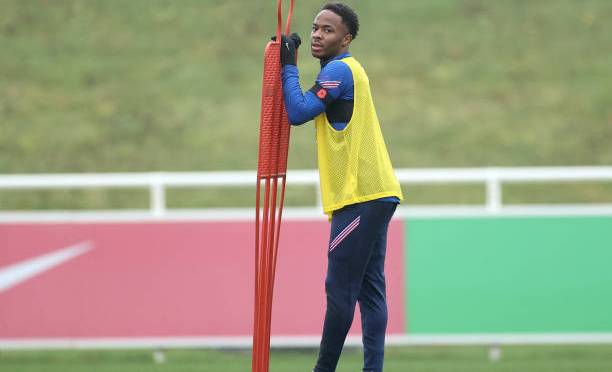 After Euro 2020, it seemed as though Raheem Sterling had got his career back on track after a stellar tournament for England.

The winger chipped in with three goals in the first four games, then assisted Harry Kane’s first goal in the quarter-final against Ukraine before winning a penalty in extra-time of the semi-final against Denmark to help England to their first final since 1966.

But despite that form and level of performance, Sterling has found himself on the periphery at Manchester City once again this season.

After losing his place to Phil Foden in the second half of last season, Sterling was named as a starter in the Champions League final defeat to Chelsea which gave many some hope that he would be involved going forward.

Fast forward to the start of the season though and Pep Guardiola had signed Jack Grealish from Aston Villa for £100m and only Sergio Aguero had left the club. Sterling’s place was under more threat than ever before.

As we approach the mid-point of November, Sterling has started just four games in the Premier League and Champions League combined. With one goal in each, plus an assist in Europe, it’s not a surprise that he is struggling to get game time.

But for England, it’s a totally different story. Gareth Southgate continues to select him as a key member of the attack and he is performing to a high level still, albeit against lesser opposition.

With his contract due to expire in June 2023, it’s crunch time for his Manchester City future now.

Reports suggest that clubs such as Barcelona and Paris Saint-Germain are keen on recruiting the former QPR and Liverpool man, but while Man City won’t stand in his way should he look to move thy will demand a relatively high fee for their asset.

That leaves Sterling in a predicament, as he risks isolating himself by asking for a move and then not getting one.

But as it stands, asking for a move is the best thing he could possibly do. Sterling is 26-years-old and will turn 27 by the time the January transfer window opens, meaning he is in the absolute peak years of his career.

He has done most things at City, winning three Premier League titles with the club, an FA Cup, four Carabao Cups and reaching a Champions League final. He is also the player who has scored the most goals under Pep Guardiola for the club.

But you need to know when to cut your losses, and it seems as this point that Guardiola has moved away from needing Sterling in the team and is taking his squad in a different direction.

Instead of fighting a losing battle, Sterling should cash in on the fact his contract is running down and get the big-money move that is inevitable should he depart.

A move to Barcelona would be great from a status point of view, playing for one of the biggest and most prestigious clubs in the world on a weekly basis and trying to help them re-find their former glory.

But a better option would be a move to the French capital to another mega-rich team in Paris Saint-Germain, who look certain to lose star-man Kylian Mbappe to Real Madrid on a free transfer in the summer.

They will surely look to make a statement signing to replace him and with Lionel Messi, Neymar and Angel Di Maria in their ranks already, Sterling would add some youth and more top level experience to an already star-studded squad.

PSG would likely be able to afford any fee that City would demand for him and he would be an excellent addition. For Sterling, he almost guarantees more trophies for his own personal cabinet, gets to play for one of the best teams in the world with some of the best players and ultimately get back to competing at the highest level week in and week out.

It seems like a no-brainer, but whether Sterling is serious about potentially playing abroad in the future or not is a different matter. If he is, Paris is likely his best option to get his career back on track.

how steven gerrard can set himself up for liverpool with villa

2 thoughts on “What is best for Raheem Sterling’s future?”