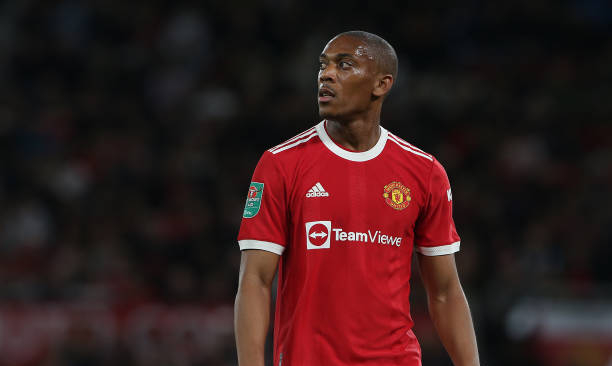 Manchester United are not short of quality attacking options in their squad currently, but that number could drop by one or two in January.

This has led to his agent publicly announcing that the France international will look to leave the club in January.

This is a player who two seasons ago was the club’s top goalscorer and leading number nine for the whole season as they finished third in the Premier League.

It finally looked to be clicking for him after a thunderous start was somewhat curtailed by Jose Mourinho’s use of him as a substitute, while he was adamant about being a striker and now a left winger.

He was given that chance under Ole Gunnar Solskjaer, who then brought in Cavani for added competition. Martial didn’t react to that particularly well, scoring just seven goals in a poor season and then United brought in Ronaldo.

Since then, Martial has been a shadow of himself. He has suffered with injury problems in his defence, but that raw ability that struck fear into opposition defences during his first season with the club has completely gone.

He has lost a couple of yards of his pace, he is reluctant to take players on when dribbling, he basically refuses to make runs in-behind the opposition defence and his finishing is nowhere near as reliable as it once was.

He has rightly fallen down the pecking order at the club with the emergence of Greenwood too, which means he just can’t secure a prolonged run in the first-team to get back into tip-top shape anymore.

Martial is now 26-years-old and is entering the prime years of his career. He needs to play regularly and is obviously talented enough to be first-choice at a successful club.

But right here, right now, Manchester United isn’t that club. They have better options than him for their systems, many of whom are younger than him.

They have great academy talent coming through too who they will feel can replace him and with time still to run on his contract, they can probably get a pretty good sum of money for a want-away player.

It’s a deal that suits all parties at this point and ultimately is the right decision. If he goes on to be successful elsewhere, United shouldn’t be criticised for his sale, because he’s clearly talented.

For all the qualities he has, he isn’t the best option at Old Trafford now and losing him isn’t really going to put a dent in the squad.

Thanks for the memories Toto, but it’s time to go.