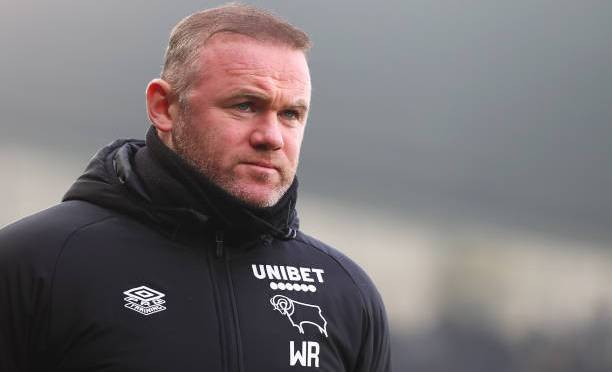 It’s been a long time coming but Rafa Benitez has finally been sacked as Everton manager and the fans couldn’t be happier.

The former Liverpool manager was the most unwanted man on Merseyside after being appointed in the summer, with fans unwilling to accept that he had changed allegiances.

But after six-and-a-half months in charge and just one win in 13 Premier League games, his reign at Goodison Park is no more.

Roberto Martinez has been linked as the number one choice to take over on an interim basis until the end of the season, but The Athletic and Liverpool Echo report that is highly unlikely with the Belgian FA unwilling to release him from his contract early.

The next favourite for the role is the club legend and arguably best ever player Wayne Rooney, who is currently cutting his teeth with Derby in the Championship.

On paper, it’s an easy decision for Rooney. Derby were deducted 21 points earlier this season due to entering administration and breaking FFP rules before he was boss.

Their future is still up in the air, with the club unable to sign anyone and even losing Phil Jagielka this month because the club couldn’t provide any sort of plan to the EFL that they would be able to fulfil every game from now until the end of the season.

Compare that to Everton who have a billionaire owner and are desperate to get into Europe once again it seems like an easy decision to make.

But what Rooney has achieved with Derby so far is something far greater than he could possibly achieve at Everton.

Rooney has somehow managed to get Derby off the bottom of the Championship table despite the points deduction and has created a morale in the dressing room and a spirit that has people genuinely believing they could avoid relegation.

If he succeeds, it will arguably be the greatest achievement of his footballing career. If he fails, his stock can only go up with the job he’s done so far despite the circumstances.

If he went to Everton, everything changes. He’ll be expected to lift them from their poor position quickly and if he fails then the money the club have and the ability of his credentials will get questioned.

As it stands Rooney can’t lose. He’s an inexperienced coach in a side that have no right to survive, and yet they have a very real chance of doing so.

He should stay with the Rams and ignore the managerial cemetery that is Goodison Park for now. He will have more opportunities throughout his career and no doubt will be linked with the Everton job at every opportunity.

Wait it out and learn your trade with less pressure at Pride Park, would be my advice to Rooney.

what will it take for van de beek to get a chance at man unitd?