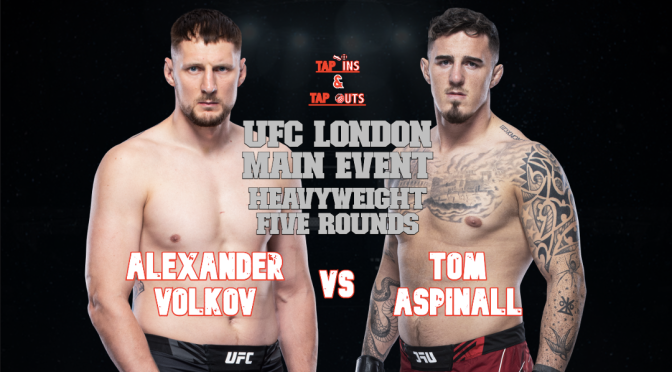 The UFC announced it’s return to the UK earlier this week with a big event in March, but the fight was without a main event at the time.

It’s now been revealed however by UFC president Dana White that it will be two heavyweights going toe-to-toe in the octagon.

Volkov has been in-and-around the top five of the division for a while but while he’s beaten up-and-comers, he has struggled against the elite of the elite.

Aspinall has been on a roll in the UFC since joining the company in 2020 and is currently on a seven-fight unbeaten streak including four wins in the UFC with four finishes.

Aspinall was originally scheduled to fight against Shamil Abdurakhimov on this card, with Darren Till expected to headline against Uriah Hall.

But with Till yet to be medically cleared for the event, the UFC have bumped Aspinall up to the headline spot and give his opponent a facelift too.

Aspinall is currently ranked number ten in the company and a win would shoot him into the top five, meaning only huge fights going forward. If Volkov can earn victory, he will put himself back into title contention and earn another crack at the top ranked fighters in the division.