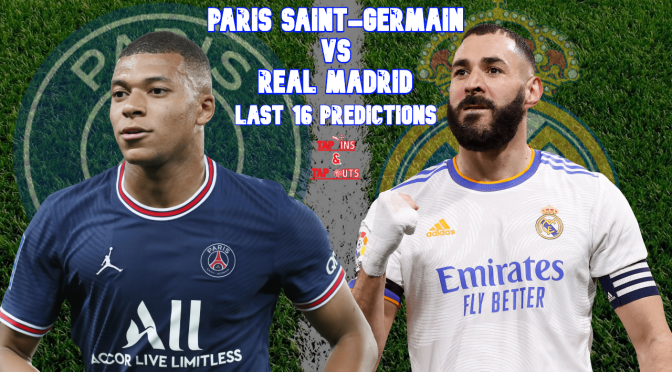 The Champions League last 16 fixtures are finally upon us after a two month break since the group stages.

In arguably the tie of the round we’ll see last season’s semi-finalists Paris Saint-Germain and Real Madrid go head-to-head in a star-studded two-legged affair.

Lets take a look at the tie in more detail and make our predictions to see who will progress into the last eight of Europe’s most prestigious cup competition.

Route to the last 16

Paris Saint-Germain were planted right in the middle of another group of death scenario as they were last season, alongside Man City, RB Leizig and Club Brugge.

They made hard work of it, ending the group stage in second place some way behind City after draws with both Brugge and Leipzig as well as a defeat by City at the Etihad Stadium. It wasn’t until victory in the final game that they secured qualification.

Real Madrid had an easier time of qualification in their group, alongside Inter Milan, Shakhtar Donetsk and minnows Sheriff.

They were shockingly beaten at the Bernabeu by Sheriff, but were able to win all five of their other fixtures to top the group and pull clear of Italian champions Inter on the final day to secure that spot.

PSG are likely to be without former Madrid captain Sergio Ramos for the first-leg of the game, with the Spaniard still suffering from calf problems that have restricted him to just four appearances this season.

Neymar is back in training after injury but will likely only make the bench at best for the first leg, meaning old foe Lionel Messi and Madrid-bound Kylian Mbappe will lead their attack.

Gianluigi Donnarumma is likely to get the nod ahead of Keylor Navas in goal, while Achraf Hakimi will also be making a return to the Bernabeu during this tie.

The French striker has missed each of the last three games, and Ancelotti’s side have managed just one goal in his absence. Vinicius Jr has also seen his form dip since, which is bad news for Los Blancos.

Eden Hazard is fit but out of favour, but as a man always ready for the big occasion he could get the nod in Benzema’s absence. Ferland Mendy is also a doubt at left-back, so Marcelo could start.

Tactically these two teams are very similar on the pitch with the way they set up defensively and the way they attack.

Both managers have formed a solid defence during the season, with a midfield that is all about control rather than creativity or solidity.

They complete plenty of passes on the ball and play their way out of tight situations, using pace and individual skill to create goalscoring opportunities in the final third.

With Benzema likely to be out of the game and Vinicius’ form struggling without him, PSG have a huge chance of progression.

Messi’s best form has come in Europe this season, with five goals in the six group games while Mbappe has been sensational this season and is the club’s top scorer.

Away goals are no longer a factor in the tournament so home advantage in the second leg is less important, and PSG must look to take advantage of a weaker Madrid team that they’ll be coming up against.

It’ll be a close but entertaining affair for sure, simply because of the quality on the pitch, but I do expect PSG to have the added X-factor in attack and be able to eliminate the 13-time champions.

how does luis diaz’s arrival at liverpool affect mohamed salah?