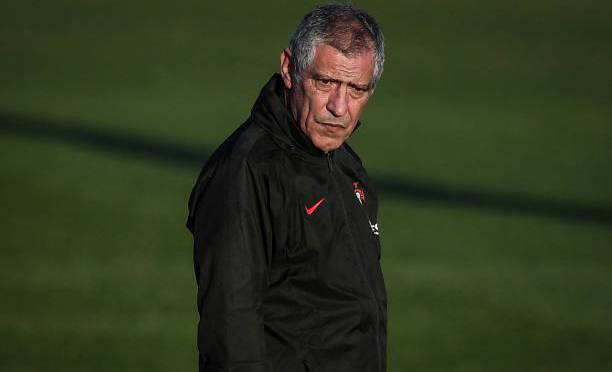 The European World Cup qualifier playoffs are finally upon us and that means we’ll find out which one of, if any, of Portugal or Italy will make it to Qatar at the end of the year.

Both teams failed to qualify through their groups, with a last minute defeat to Serbia costing Portugal their place, and now they’ve been placed on the same playoff path.

They’ll now take on Turkey, while Italy face North Macedonia and the winners face each other next week to finalise their place. But I’m willing to bet it won’t be my beloved Portugal at the end of it all.

News came out this week after coach Fernando Santos announced his squad that there are big issues.

Joao Cancelo and Renato Sanches are suspended for the game against Turkey after too many yellow cards in the qualifying group, while Nelson Semedo, Ruben Neves and Ruben Dias are all out of the squad completely through injury.

Then it was revealed that Pepe, the veteran and world class central defender, has tested positive for COVID-19 and won’t be available against Turkey either, with his availability in a potential final in question too.

That means a likely central defensive pairing of 38-year-old Jose Fonte and defensive midfielder Danilo will be formed to try and carry the team into the World Cup, which screams down horribly upon the reign of Santos as manager.

Yes he won Euro 2016 and it was a magical, magical moment in the team and country’s history. Nobody is disputing that and it correctly earned him credit in the bank with fans and the FA.

But six years on and there has been little to no progression in the squad, while Portugal haven’t progressed past the first knockout round in any of the following tournaments.

They won the UEFA Nations League, but if we’re all being honest, that isn’t a major international honour and will never be considered as such.

The lack of progress under him can be seen just by looking at the squad for this set of games. There was a possibility, before Pepe’s positive test, that Santos could have named the same back five and defensive midfielder for these games as he did in that 2016 Euro’s final.

It’s ghastly and the lack of any youth options in the centre of defence to come through in that time is frightening.

Ruben Dias barely counts, because he was always going to make it. Captain of Benfica at a young age and clearly heads and shoulder above those at his age level, he was fast-tracked and rightly so.

But the likes of Goncalo Inacio, Tiago Djalo and David Carmo have never had a look in. Ezri Konsa is eligible to be called up, but Santos has never even pretended to look into it. He’s just stuck with the players he already knows.

Somehow in 2021, Luis Neto was still getting call ups.

Now, in a situation where it’s likely to be the final World Cup opportunity for the likes of legends like Cristiano Ronaldo, Pepe and Joao Moutinho is relying on players that are below par over-performing or stepping up immediately from a lower level.

Even if they manage to get past a tough Turkey side on Thursday night, that’s surely going to be too much to ask when they inevitably come up against the European champions Italy in the final.

You can’t hope for things at the highest level. Santos has had plenty of chances in the past to blood young defenders in the same way he has midfielders and attackers.

If they now fail to make it to the greatest tournament on the planet for the first time since 1998, then the blame lies squarely on the shoulders of Santos.

MANCHESTER UNITED EUROPEAN WOES ARE THE TIP OF THE ICEBERG