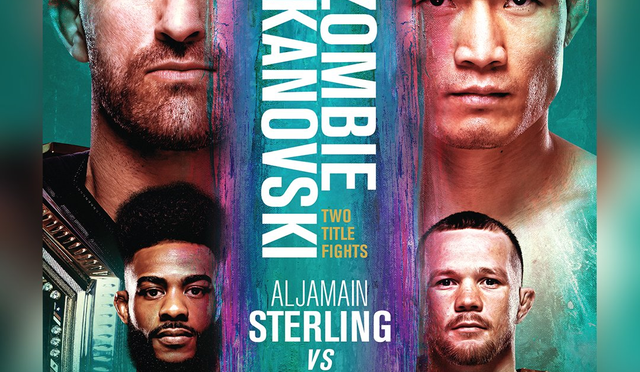 The UFC returns after a two-week break with a huge pay-per-view card headlined by two massive title fights.

Alexander Volkanovski makes the third defence of his featherweight title when he takes on Korean Zombie, Chan Sung Jung, in the main event.

In the co-main event we get the long awaited rematch at the top of the bantamweight division as Aljamain Sterling makes his first defence of the belt against Petr Yan, a little over a year after he won it via disqualification.

We’ll also see an incredible welterweight fight between Gilbert Burns and the freight-train that is Khamzat Chimaev before that, to see just how real the hype is.

We’ll look to improve on that here and after starting with the early prelims picks and finishing off the rest of the prelims here, we move on to our main card picks here.

A really interesting lightweight fight opens up the main card here. Pichel has won seven of his last eight including his last three in a row against Roosevelt Roberts, Jim Miller and Austin Hubbard all via decision. Madsen is an undefeated fighter, going 3-0 in the UFC including a split decision win over Clay Guida last time out.

Pichel is a well-rounded fighter, with some crisp striking and good power that has earned him eight knockout wins in his career. Madsen is an Olympic wrestler, who tends to fight behind his jab and walk forward. While the takedown will be there all day for Madsen, Pichel is very good at getting up and tends to get stronger as the fight goes on.

Madsen has had a problem with his cardio in the past and if he tries to fight like he did against Guida here, it won’t be enough to earn a win because he has more power and a far better gas tank. Madsen will likely start well and could even win the first round, but eventually Pichel should be able to turn the tide and land enough on the feet while tiring Madsen out to earn a tight decision win.
PICK – Vinc Pichel via Decision

A really fun women’s strawweight fight up next. Dern was on a four-fight win streak before stepping into a main event against Marina Rodriguez, who out-struck her to earn a decision win. Torres on the other hand snapped a four-fight losing streak and is now on a run of three wins in a row, defeating Angela Hill at UFC 265 most recently.

Dern is one of the very best Brazilian jiu-jitsu fighters on the planet, male or female, and looks to get fights down to the ground as quickly as possible to work that submission game. She does struggle with takedowns, but her striking has improved in recent fights too. Torres on the other hand is a bulldog who uses great forward pressure and boxing skills, while her defensive wrestling is pretty good too. This is a battle entirely about whether or not Dern can get the fight down, and her size advantage leans me to think she can.

Torres is only 5ft 1 tall and while Dern isn’t the biggest at 5ft 4, she’s got a two inch reach advantage. Dern will likely kick from distance and try to clinch to be able drag Torres down, who will need to get in and out with her boxing. I just can’t see her doing that for 15 minutes, so I expect Dern to be able to get her down, find her way to an arm or the back and sink in a submission to get back on the winning trail.
PICK – Mackenzie Dern via Submission, Round 2

One of the most highly anticipated fights of the year so far takes place in the welterweight division. Burns went on a huge six-fight win streak before falling to Kamaru Usman in a title fight at UFC 258 last year. He returned to the win column by dominating Stephen Thompson at UFC 264 in his last fight. Chimaev is the most exciting fighter in the UFC right now, winning all four of his bouts while absorbing a combined total of just one strike. His most recent win against Li Jingliang at UFC 267 saw him choke him unconscious in the first round while talking to Dana White.

Burns is a wrestle-boxer who has got legitimate world class Brazilian jiu-jitsu skills too, with good knockout power and some brilliant cardio too. Chimaev is an absolute man mountain, who either knocks your lights out early or just launches in for a takedown and dominates you until the referee pulls him off. This is such a hard fight to call, because it’s by far the toughest fight of Chimaev’s career but you cannot ignore what he’s done so far in the octagon.

It’s highly unlikely that Chimaev will dominate Burns in the same way he has won all his previous fights in the UFC, but I do think he will win. He has got a huge size advantage, having fought at middleweight in the past too and his wrestling was good enough to dominant Jack Hermansson in a wrestling match not too long ago. He has great power in his hands, amazing control and while Burns could definitely cause an upset, I can’t look past Chimaev to earn the victory.
PICK – Khamzat Chimaev via Decision

The rematch we’ve all been waiting for, is finally upon us. Aljamain Sterling hasn’t fought since the first bout back at UFC 259, where Yan kneed him in the head illegally and was disqualified which put Sterling on a six-fight win streak. Yan bounced back from that disappointment to defeat Cory Sandhagen at UFC 267 to become the interim champion and means he’s now won 11 of his last 12.

Sterling is a fantastic wrestler and jiu-jitsu fighter, with unorthodox striking on the feet and a very rangy style. Yan is the most well-rounded fighter in MMA right now, with no real weaknesses and some of the best boxing and defensive wrestling in the world. In the original fight I picked Sterling to score a submission win, but after watching the fight it’s pretty clear that Yan has his number.

The Russian was able to stuff takedowns regularly, box him up from the inside and outside and his cardio held up much better than Sterling’s too. With the added bad blood now involved, expect Yan to really turn it up in the later rounds and pour on the pressure to score a late finish and reclaim his championship.
PICK – Petr Yan via Knockout, Round 4

The featherweight king returns against a new opponent and has a chance to further cement himself as the best in the world here. Volkanovski has won 20 fights in a row, including consecutive bouts over Max Holloway and then most recently Brian Ortega at UFC 266. Korean Zombie has won three of his last four, getting dominated by Ortega at UFC Fight Island 6 but bouncing back with a dominant win over Dan Ige at UFC Vegas 29 last time out. He gets this fight after Holloway withdrew due to injury.

Volkanovski runs Yan close for being the most complete fighter in the world right now. He has got unbelievable cardio, is an accomplished striker with good power and also some excellent wrestling skills to go with it. Zombie earned his nickname because of his ability to take damage and keep coming forward, but Ortega really showed the holes in his game in their fight.

The champion has got plenty of avenues to victory, because he has the edge everywhere. Jung definitely has the power to land clean and hurt Volkanovski, but I’ll be incredibly surprised if that happens. Volkanovski is cerebral enough to take a decision win if he needs too, but I expect him to lay claim to some big ground and pound after landing a takedown and earn his first finish since beating Chad Mendes back in 2018.
PICK – Alexander Volkanovski via Knockout, Round 3