The UFC heads to Utah for a huge welterweight showdown as Kamaru Usman defenders his 170-pound crown against Leon Edwards in the main event.

The two fight for a second time, with neither fighter suffering defeat since the first showing back in 2015 and are supported by an undercard including Paulo Costa, Luke Rockhold, Jose Aldo, Merab Dvalishvili, Alexandr Romanov, Miranda Maverick and more.

We’ll look to improve on that now and after starting with the early prelims, here are the rest of our prelims picks.

A very intriguing women’s flyweight bout up next. Maverick suffered tough back-to-back defeats against Maycee Barber and then Erin Blanchfield (UFC 269) before finally getting back in the win column against Sabina Mazo via submission most recently. Young on the other hand lost to Macy Chiasson and then go KO’d by Stephanie Egger (UFC Vegas 13) before getting a win last time out against Gina Mazany back in April.

Maverick is a really well-rounded fighter who excels in the grappling, with some solid wrestling and good striking too. Young is a striker who struggles for power, and has been taken down by every opponent she’s faced in the UFC who has attempted to take her down. This seems like a big setup for Maverick to garner some more momentum, because I can’t see how Young wins this.

Maverick is bigger, stronger, more powerful and has the perfect skillset to become a real contender in this division. She’ll likely toy with Young on the feet to test herself before shooting for a takedown early and dominating, before eventually taking the back and sinking in a tight choke for the win.
PICK – Miranda Maverick via Submission, Round 2

A very fun featherweight scrap up next. Woodson has picked up consecutive wins in his last two fights, earning a decision over Youssef Zalal (UFC Vegas 28) before knocking out Collin Anglin at UFC Vegas 42 with nasty body shots. Saldana beat Jordan Griffin in his UFC debut back at UFC Vegas 23 and then suffered defeat to Austin Lingo, before a decision win over Bruno Souza last time out.

Woodson is a boxer, straight up. He’s a former professional who has got an incredible frame for the division at just under 6ft 3 with a 78 inch reach and tremendous boxing combinations. Saldana is a really well rounded fighter with his finishes split 8-6 with knockouts and submissions, but his cardio often lets him down big style.

That’s an issue here, especially considering Saldana likes to keep his hands low. Woodson will use his picture perfect jab to maintain the distance between the two and his takedown defence is good enough to avoid going to the mat. Expect Woodson to put on a striking clinic and earn another judges scorecard victory.
PICK – Sean Woodson via Decision

Lightweight scrap up next between two veterans of the sport. Santos was KO’d with one second remaining against Grant Dawson at UFC Vegas 22, before being submitted by Clay Guida at UFC Vegas 44 most recently. Gordon on the other hand also got beaten by Grant Dawson in his last fight, getting submitted in April.

Santos is a Brazilian jiu-jitsu specialist with amazing submission skills making up 50% of his career wins to date. His striking is pretty awful but he does have a big one-punch swing, however his cardio means it all becomes pretty obsolete after about 6 minutes of fighting. Gordon is the opposite. He’s a solid striker on the feet with good takedown defence and some decent offensive wrestling too, while his chin has been known to be fragile recently. That said though, he weaponises his cardio so well that I expect this to get one-sided quickly.

Gordon should be able to see the big punch of Santos coming early enough to avoid it, and if he can survive any grappling attempts in the first round the fight becomes his to lose. Expect him to just completely wear Santos out with his pace before claiming a late finish with ground and pound to make the referee step in.
PICK – Jared Gordon via Knockout, Round 3

Heavyweights collide up next in the featured prelim bout. Tybura had been on a five-fight win streak with wins over Sergei Spivak, Maxim Grishin (UFC 251), Ben Rothwell (UFC Fight Island 5), Greg Hardy (UFC Vegas 17) and Walt Harris (UFC Vegas 28), before defeat to Alexander Volkov most recently. Romanov is an undefeated fighter, whose impressive run of wins has seen him earn a step up in competition here.

Tybura is a solid fighter with some really good low kicks and good strikes, while his best style comes when he looks to wrestle his opponents and control them from the top position. Romanov is a Greko-Roman wrestler with an incredible power and ability to throw opponents, as well as excellent cardio to go for the whole fight. He has shown his ability to defend against submissions too, and that leads me to think he gets it done here.

He’s the more powerful guy in terms of the grappling and while Tybura is the slightly bigger guy right now, his best chance of victory comes exactly where Tybura will likely want the fight to be. Tybura is tough and I can’t imagine he gets finished here, but Romanov should be able to get the top position regularly in each round and claim a win on the judge’s scorecards.
PICK – Alexandr Romanov via Decision 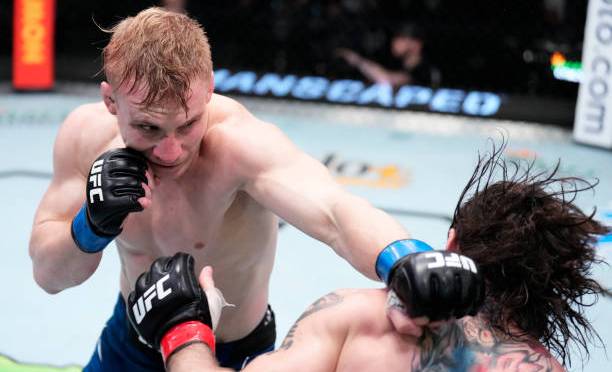 The UFC heads to Utah for a huge welterweight showdown as Kamaru Usman defenders his 170-pound crown against Leon Edwards in the main event.

The two fight for a second time, with neither fighter suffering defeat since the first showing back in 2015 and are supported by an undercard including Paulo Costa, Luke Rockhold, Jose Aldo, Merab Dvalishvili, Alexandr Romanov, Miranda Maverick and more.

We’ll look to improve on that now, starting with the early prelims.

Flyweight never die and the 125-pound division opens up the card. Da Silva has lost his last two in a row, getting KO’d by Jeff Molina and then submitted by Francisco Figueiredo via first-round kneebar in his most recent bout. Altamirano suffered a split decision defeat in his UFC debut against Carlos Hernandez most recently.

Da Silva is a lovely striker with especially powerful kicks and lightning fast combinations, while Altamirano is a submission specialist with great ability on the mat and some bog standard striking. Da Silva however really struggles in the grappling department and if he is unable to keep this fight standing then he could be in for trouble. Altamirano however has a tendency to fight with his hands low and with the kicks of Da Silva, that could mean an early night for him.

Ultimately, Altamirano’s path to victory seems more likely. Da Silva is someone who has been know to empty the gas tank far too early chasing finishes that aren’t there, while sometimes his output can suffer because of the fear of a takedown. Expect to see “El Magnifico” ride out the early pressure before getting the fight down to the mat and controlling the action for a scorecard win.
PICK – Victor Altamirano via Decision

A very fun bantamweight scrap up next. Aoriqileng got his first UFC win with a big KO against Cameron Else in his last fight, while Perrin lost his debut to Mario Bautista via unanimous decision back in February.

Aoriqileng is a powerful striker with great speed and some really good technique, while Perrin is a wrestler who will look to burst forward with strikes to try and set up a takedown to control the fight from top position. Aoriqileng has struggled in the past with strong wrestlers, notably Cody Durden, and that gives Perrin a big avenue for a victory.

If Perrin is able to get takedowns early and hold him down then he will win this fight easily, but Aoriqileng is likely to have improved his wrestling and certainly has the power to end the night early. It will be tough for him, because Perrin is a good wrestler, but I think Aoriqileng is able to catch him coming in early and end the fight.
PICK – Aoriqileng via Knockout, Round 1

Another fun flyweight scrap in this one. Albazi has won his last three in a row, including a submission win in his UFC debut against Malcolm Gordon (UFC Fight Island 2) and a decision win over Zhalgas Zhumagulov at UFC 257 last time out. Figueiredo is 2-1 in the UFC with a decision win over Jerome Rivera at UFC Fight Island 8, before defeat to Malcolm Gordon and then a kneebar win over Daniel Da Silva most recently.

Albazi is a terrific grappler with terrific wrestling and some excellent submission skills, scoring eight wins via tap out in his career, while also being a decent striker and able to hold his own on the feet. Figueiredo on the other hand is an odd fighter with some okay striking and grappling, but he really lacks output and urgency in his fights and his cardio has let him down in every fight that has gone past the second round before.

Considering Albazi was able to compete as a striker against Zhumagulov, he should be able to do the same with Figueiredo. Add that to the fact he has a great advantage in the grappling and wrestling, plus Figueiredo’s lack of one-punch power to go with his lack of volume, and this should be a one-sided performance in Albazi’s favour.
PICK – Amir Albazi via Decision

A banger at welterweight up next between two fun prospects. Fletcher suffered defeat to Matthew Semelsberger in a short-notice bout on his debut last time out, while Loosa is 2-3 in his last five including defeats on Dana White’s Contender Series to Jack Della Maddalena and his debut against Mounir Lazzez last time out.

Fletcher is an absolute powerhouse who is happy to scrap, but he’s also a very good wrestler and likely the best Loosa has ever faced. Loosa is a striker with great power too, who uses excellent low kicks and a super strong right hand to turn his opponents’ lights out. This is a great match-up with the potential for real fireworks.

Loosa has a big seven-inch reach advantage which will help him in the striking department, but he has a tendency to throw naked kicks and that will allow Fletcher the opportunity to catch and wrestle him. If that happens, expect Fletcher to be able to keep him down and earn the victory in a really fun fight.
PICK – AJ Fletcher via Decision