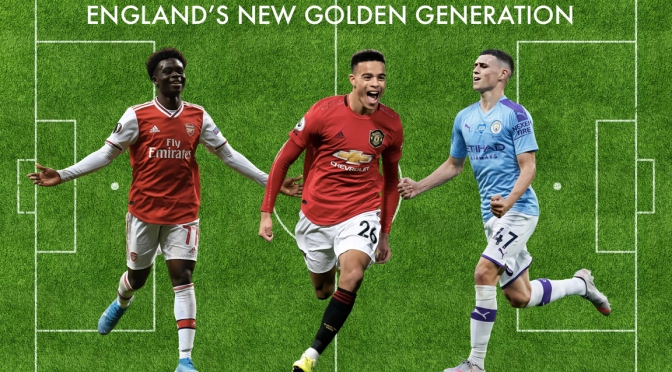 When Euro 2020 was postponed this summer until 2021 due to Covid-19, not many countries would have been as excited by the prospect as England.

Gareth Southgate’s team were already being classed as one of the favourites for the tournament, with the ex-Middlesbrough boss still riding the wave of momentum following the World Cup semi-final run in Russia.

Along with the obvious competition of France, Germany, Spain, Portugal and Belgium, England were heading into the competition with one of the better squads and with an established core ready for another big push towards their first international title since 1966.

Now though, they have even more reason to be excited. Despite an abundance of options already, the extra time will allow Southgate to look at his younger Lions for a place in the senior squad.

Players like Dean Henderson, Trent Alexander-Arnold, Marcus Rashford and Jadon Sancho were already all in and around the squad despite all being under 23 years old. They’ll now surely have company from others even younger.

Mason Greenwood, Phil Foden and Bukayo Saka have all taken their chances with the first team since the Premier League restarted in June – arguably each of their team’s best performers.

Greenwood, 18, has been lining up on the right wing of a front three alongside Rashford and Anthony Martial at Manchester United and has scored three goals in his three starts so far. His exceptional quality with both feet was on show as he scored twice against Bournemouth in United’s 5-2 win. But more than that is the clear improvement physically. The Athletic reported that he added 3kg of muscle over lockdown to fill out yet he hasn’t lost any pace or agility and is now able to work better with his back to goal, linking play well with the midfield and holding the ball up against a defender where necessary.

Foden, 20, has been on the radar for a long time now but it seems Guardiola is now ready to trust him with a regular role in the starting line-up. The academy graduate has scored four goals since the restart, including against Arsenal and champions Liverpool in a man of the match performance. His technical ability and quality has never been in doubt, while he’s always seemingly dealt well with defenders’ aggressive approach to Man City’s style of play. His issue was playing time, something cited by Southgate, and it seems that may be about to be solved.

At Arsenal, Bukayo Saka has been the stand-out performer under Mikel Arteta. He has started every game bar one since the restart and recently scored his first Premier League goal against Wolves. His versatility has seen him play in several positions but his performances haven’t dipped throughout and his passing and ball carrying have constantly stood out. His new contract at the club will likely see his regular minutes in the first-team secured for the coming season too.

With the likes of Jordan Henderson, Harry Maguire, Harry Kane and Raheem Sterling all almost guaranteed to be involved as the senior members of the squad England are in a terrific position to push forward. The question marks are seemingly over whether the manager will be capable of getting the best out of this group of players and bring success to England again but there are no doubts whatsoever that the talent is there.