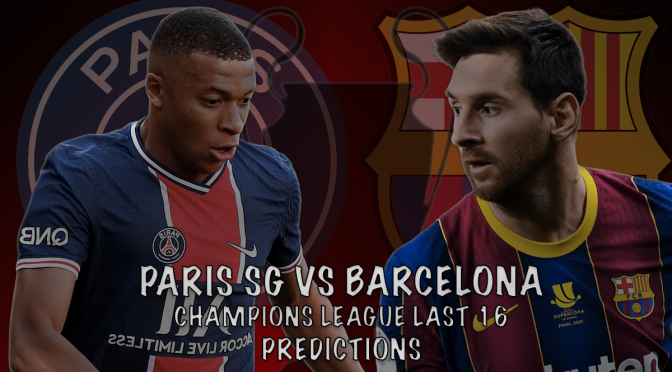 The Champions League is back and the last 16 has thrown up some really exciting ties to determine who will make it into the quarter-finals.

Inclusive in those ties is a clash between two super-teams as Paris Saint-Germain take on Barcelona, as Mauricio Pochettino and Ronald Koeman go head to head for the first time since their Premier League days.

PSG parted ways with former boss Thomas Tuchel in December, despite him navigating them through a tough group stage to progress as group winners and they currently sit second in the Ligue 1 table a point behind Lille.

Barcelona hired former captain Koeman back in the summer and after a rocky start, the Catalan side seem to have finally found their way under him as they sit in third place in La Liga between the two Madrid sides. They came through a tough group with Juventus in the group stages, missing out on top spot thanks to a final match day defeat to the Turin giants.

Both sides have recently found some really good form, with the Paris side winning eight of ten games under Pochettino. Koeman on the other hand has seen his side win ten of their last 13 fixtures, but they were beaten when they took on Athletic Club in the Super Cup final and then lost to Sevilla in the Copa Del Rey semi-final first leg recently too.

Their cup form hasn’t been good, failing to win any of their last three inside 90 minutes and defensively they are shaken by injuries right now.

Gerard Pique has returned to training after being out with injury since November, while the likes of Samuel Umtiti, Sergino Dest and Sergio Roberto continue to be sidelined. It means academy prospects Oscar Mingueza and Ronald Araujo have stepped in for large parts of the season and become regulars in the side, for better or worse.

PSG have had their own injury problems, with star man Neymar ruled out for a month and likely to miss both legs of the tie with a groin issue. Angel Di Maria and Juan Bernat are both struggling with injury too, although Presnel Kimpembe has recovered from injury and picked up where he left off in good form in defence.

With Neymar and Di Maria’s injuries, it means the burden falls on 22-year-old Kylian Mbappe. The French sensation is PSG’s top scorer this season with 16 goals and has found himself played in all three roles across the attack since Pochettino’s arrival at the club. Mauro Icardi has returned from injury and found his goalscoring touch too, but the game runs through Mbappe.

For Barcelona, it may be a new manager and a young team but the objective remains the same – give the ball to Lionel Messi. The Argentine had a slow start to the season but seems to have found a new relationship with Antoine Griezmann who has seven goals and four assists in his last ten appearances, while young midfielder Pedri has adapted well to his role in Koeman’s system.

The tie really does depend on whether or not Lionel Messi turns up. On his day, he is still by far and away the best footballer in the world and can essentially win games such as this on his own. The absence of Neymar makes PSG more obvious in their approach which means that Barcelona can prepare much better for it, although an obvious problem for them will be whether their defensive issues halt their ability to stop him.

The way the two teams are playing right now, it should be one hell of a tie. Both teams have retained their home advantage in a round that has seen plenty of fixtures rescheduled for neutral venues, which will be a positive. But with PSG at home in the second leg, it makes me believe that the French side will go through.

Koeman will have his way of playing and will stick to it no matter what, like a true Barcelona coach does. He has his and the club’s ideals in mind at all times and it means PSG will be able to get through it quickly and efficiently and their attackers are in great nick.

The pace of the attack, with the steel and technical quality of the midfield should see PSG able to get a relatively convincing win in the end and despite Messi’s magic, his teammates just won’t be able to rise to the level required.